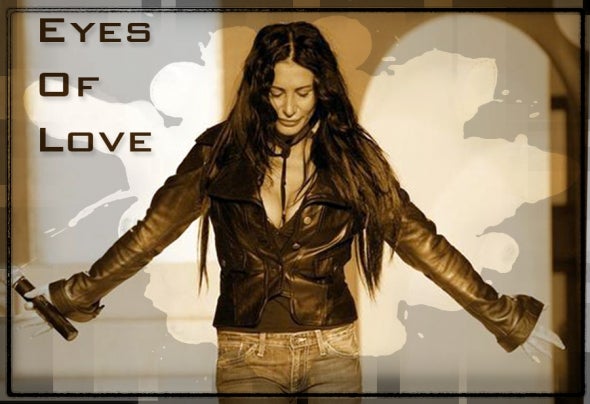 “Eyes of Love” is a collaboration between the dj-producer and musician Fed Conti and the singer Sara Grimaldi. The project started just after the Fed’s 'Cube Guys' experience with Roberto Intrallazzi and Luca Provera, producing together the Kym Mazelle's single 'LOVE MAGIC - Media Records', and the massive single ‘Te Quiero – Stealth Records’ with which the collaboration of these 3 guys ended: at this point the “Eyes of Love” project came out, featuring the amazing Sarah Grimaldi, a singer nobody can't love at the first listening. Their music get often back to the roots, to the basics of the classic vocal house sound (Federico Conti Mixes), to develop in the Mahjong remixes in a completely different sound as opposite. Sarah Grimaldi is one of the best dance singer in Italy, she started to be very popular in the House Music scene especially with the her previous project Lovemakers and the track “I Get This Feeling” released by Oxyd Records. The Eyes Of Love’s releases have been licensed to labels such Hed Kandi, Born To Dance Uk, Music Plant Group (Georgie Porgie’s label). Their 1st single “My Love Is U” broke the Billboard Usa Club Chart Top 25! “My Love Is U” entered in the first 50 house tracks most wanted in the world (info source www.mis-charts.de). Sara Grimaldi – Lead VocalI approached the wonderful world of music when I was a little child, I started singing into church chorus and I followed piano and dance lessons in the town I was born. I started to practice as a Dj when I was 14 years old and few month after I started to collaborate with some Radios in making advertising jingle and as a speaker. Contemporary I worked for a company that produced videos in the section of filming and editing side by side great artist and at the same time I did the extra and protagonist into musical video (Kc Sunshine Band - Pino Daniele - Gianni Morandi and more).After this experiences I decided to sing for some band that permitted to travel all around Europe, this gave me the chance to became the chorus singer of some famous dance artists and I started to collaborate as producer and as shift worker for dance production, taking part also like author of the songs. Working as a shift-worker for record companies and I singing in concert both in Italy and all around Europe gave me the experience and the ability to sing in different languages such as English, Spanish, French and German, and to perform in different kind of music such as pop, blues, dance, house, trance and opera. I take part to gospel concerts side by side great artist like Leona Laviscount (Harlem gospel singers). I sing in concert organized into theatre and for big convention with differents and famous big band . I collaborated with different famous artists both as soloist and chorus singer, but also as composer. I collaborated and sang for artist like : Zucchero Fornaciari (I’m still singing with him in many concerts around Europe), Ice mc(singer of his last album in 15 tracks), Unconditional, Funky company, Jenny b, Double you(soloist and chorus singer in the last album released by BMG), Tony di barth, Gianni Bini , Roberto Zanetti.