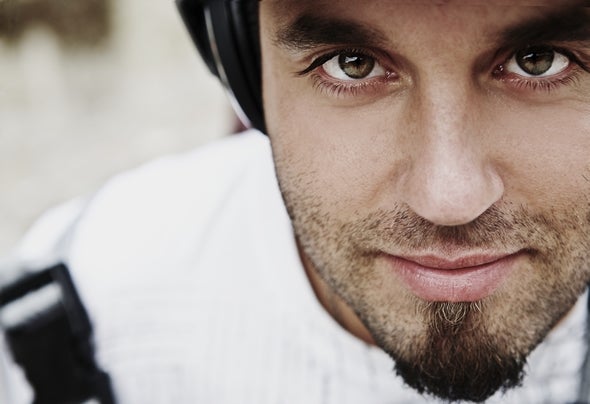 Paolo Ortelli 1978 (a.k.a. Spankers, a.k.a. Paul from Paul & Luke) Deejay/Producer/Remixer House-Electro House-Progressive House Attracted to dance music from a very young age, Paolo Ortelli starts working at just 16 years of age behind some of the better known dj-booths in Italy. His experience in some of the leading radio stations in the country, such as Studio Più, Viva Fm (where he created and presented the programme “Superdance FM”, showcasing his deejaying and commedian talents), HitChannel 102,5 & Radio Deejay, is fundamental to his artistic growth. In 2002 he is noticed by Gianfranco Bortolotti, owner of Media Records, which is one of the most well known and appreciated labels in the world, producing talents such as Gigi D’Agostino, Mauro Picotto and Mario Più (just to name a few). Bortolotti provides Paolo with a friendly and dynamic work environment: with "Gigi D’agostino" Paolo produces the hit song “Ripassa” and, only a short time later, his remix for the song “Sunlight” by "Dj Sammy" is released. As a freelance he works with "Molella", producing the remix for "Gemelli Diversi" 's "Mary", winner of "The best remix of the year 2003" at the Italian Dance Music Awards. In 2005 his first single under the name "Paolo Ortelli", sung by Alyxa and called "Candy Toy" is released by Melodica Records. In 2008 he starts working for Max Moroldo's Do It Yourself label. From here on, Paolo continues to progress towards success as a producer working in collaboration with partner Luca de Gregorio (a.k.a. Degree/ Luke). Together they work at projects such as “Spankers”, "Paul and Luke", and "Paolo Ortelli vs Degree", known the world over for the hit songs: “Sex on the beach”, "Chupa Rico", their remix for “Stereo Love” by Edward Maya, the remix of "Elegibò" by Relight Orchestra, “Billie Jean”, "Feel Me”, “The Riddle” , "Sweet Feeling", the remix for Bob Sinclar “La la song”, the remix for Get Far “The Radio”, which finds success on the American Billboard chart, the remixes for the most famous italian pop singer Vasco Rossi "Gioca Con Me" & "Colpa del Whisky", "Fuck The Police" Moreover Armin Van Buuren’s “Not givin' up on love”’s remix, the remakes of the songs “Con te partirò” and “We are the champions” which reached the high positions of many important charts in the dance scene and that are played by some of the most important international djs, Paolo’s collaboration with the top Russian dj Rudenko, "Imagine" and the latest smash Hits “Everyone’s a dj” and "You". The “Spankers” project, of which Paolo is particularly fond, is born in 2009 along with Luca De Gregorio, inseperable partner in crime. Singers such as John Biancale and Barbara Clara, appreciated and respected in their own right, participate in the project. Their first single, "Sex on the Beach/Tomamos en la playa", gathers almost twenty million clicks on Youtube and is licensed in the whole world by some of the leading record labels, like Universal, Sony, Ultra Records, Kontor and Avex. Thanks to this song and its follow up, "Chupa Rico", which video drives people crazy all over the planet, Paolo starts making appearances in some of the most important clubs in the worldwide panorama: among them Fabrique (Moscow) , We Are Family (now Home Sweet Home-Moscow), Z-Top, Club Gold, Platinum club etc in Russia, Vanity (the largest club in Tokyo), Dyana, Giraffe (Osaka) and the renowned F-Bar in Japan, Super Paradise in Mikonos (Greece), Amnesia in Rabat, Marocco and many others in Turkey, Kazakhstan, Slovakkia , Slovenia, Czech Republic...etc. Moreover, the hit television shows C.S.I. Miami and the Mtv program Jersey Shore, use the single Sex on the beach as part of their soundtrack. Paolo’s ambition for the future is to keep searching for new collaborations and contaminations. .. To be continued…Stay tuned!!!