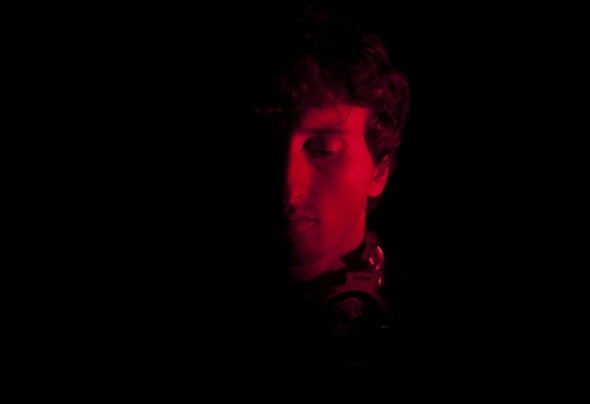 Lucy: producer, DJ, founder of Stroboscopic Artefacts. That’s probably how you know him. But there’s also Luca Mortellaro, a published author, experimental sound designer, and the man behind the Lucy moniker. There’s no doubt that the two are linked, but it’s certainly the hidden facets of Luca Mortellaro that are responsible for the dynamic output of Lucy.In 2005 Lucy left his native Italy for Paris. In search of romance? Perhaps. The fact that the very first demo he ever sent was noticed by James Holden makes Lucy’s story more than romantic, it’s fit for the silver screen. As he delved deeper into electronic music Lucy made the essential move from Paris to Berlin. It was here that one of the scene’s most exciting record labels was launched: Stroboscopic Artefacts. Under Lucy’s careful curation Stroboscopic Artefacts has emerged as a platform that illuminates pioneering electronic music. The fact that the imprint has garnered such international attention shows that whatever the key to Lucy’s elusive approach is, it’s working.Lucy’s DJ sets range from the darkest techno, to the deepest industrial sounds and the most iridescent textures. Never one to shy away from ripping into the peak time and equally in his element playing the ecstatic afterhours, he manages to refuse the obvious and yet satisfies the dance floors’ appetite for the unexpected. A quick listen to his essential Resident Advisor mix, his contributions to the CLR Podcast or his wide ranging Palette for mnml ssgs will attest to one thing: he’s too angular for genres and pigeon holes. It’s this quality that’s seen him grace the decks of the world's most dynamic clubs and festivals: Berlin's Berghain, London's Fabric, Tokyo's Dommune and Freaks Village, Amsterdam's Trouw, Moscow's Arma17 and New York's Oktave party, not to mention Sonar, Melt and Tauron Festivals.In parallel to his acclaimed DJ sets Lucy has created a stripped down project that is constantly mutating and evolving: Lucy Live. This stunning, cerebral live performance was premiered at Turin's Teatro Carignano for the opening ceremony of Club to Club Festival 2011, with the second instalment at London's Bloc 2012. The launch of the Stellate Series and the roster of artists he has gathered on Stroboscopic Artefacts make it patent that Lucy's musical interests are becoming a reference point not just for deep explorations of the dance floor but right out into the fringes of experimental electronic music.Lucy's productions and remixes have been extensively released on the most influential labels, with contributions to CLR, Prologue, Mote Evolver, Time To Express, Perc Trax, Semantica, Curle, Mikrowave and Stockholm LTD. In 2011 Lucy's debut album on Stroboscopic Artefacts "Wordplay For Working Bees" was released to international critical acclaim. Releases like the "Banality of Evil" EP are indicative of the shape of things to come directly from Lucy as an artist and from the platform under his artistic direction: Stroboscopic Artefacts.Words: Clare Molloy