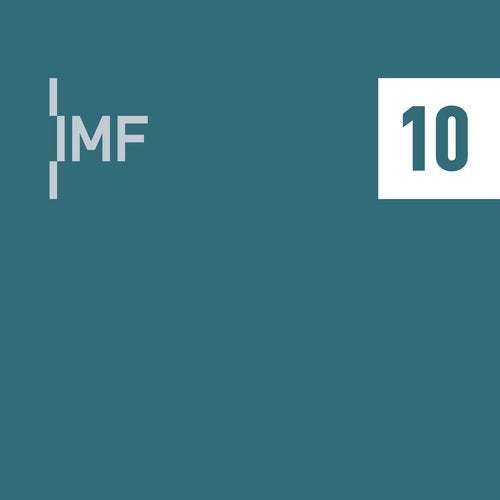 After a big period of change in the career of label head Marcel Fengler throughout 2016 that naturally involved IMF, it's time to distill the label's vision in sonic form. IMF10 is a collection of exclusive originals and remixes created by some of electronic music's most skilled producers, alongside contributions from rising talents who are set to shape the direction of the label for years to come.The compilation works its way through a wide breadth of tones within techno, highlighting not only the versatile sonic constellation of the label, but also the breadth Fengler enjoys exploring in his DJ sets.The compilation featuring all new and exclusive originals and remixes from Alva Noto, FJAAK, Shed, Peter Van Hoesen, Matrixxman, Luke Slater, Sebastian Kramer (aka Redhsape), Thomas Hessler, Eric Cloutier and more. It is also naturally highlighted by two special compositions from the IMF boss; AZUR With You', the debut of his new production alias focusing on melodic and groovier sounds, alongside Phalanx', the first new original production under Marcel Fengler's name in two years. The compilation is completed by a DJ mix from Thomas Hessler comprised of tracks from IMF10.