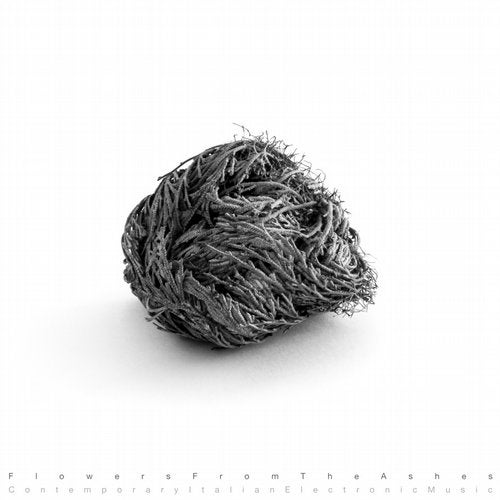 Flowers From The Ashes is the latest multi-artist project to bear the acclaimed Stroboscopic Artefacts imprimatur. There is a sensibility of decadence and corroded grandeur etched within its four album sides, reminding us that historically ''decadent'' times have nonetheless resulted in some of the boldest acts of individual and collective creativity. Like the floral theme that has remained a consistent feature of S.A.'s graphic presentation, the music here equally presents fragility and intensity in a way that really drives home this visual metaphor for good, while still holding out the promise that similar creations will be seeded in the near future.
Though many of the artists involved have set of residence outside of their native Italy, all contribute here to make a captivating portrait of a shared spirit and cultural memory. The album opens with ''Errori,'' deceptively fragile sonic ornaments crafted and suspended in space by Blackest Ever Black artist Silvia Kastel. This is followed closely by the mellifluous, warming glow of percussionist Andrea Belfi's ''Spitting & Skytouching,'' and then by the resolute electric bass patterns and luminous fog of ''Lux et Sonus,'' from Eeri label head Marco Shuttle. Hospital Productions alumnus Ninos du Brasil open the B-side with a similarly dense, amorphous construction built from tribalistic chants and rhythmic patterns, to be followed by Mannequin label boss Alessandro Adriani's ''You Will Not Be There For The End,'' showcasing his distinctive take on the 'paranoiac breakdance' aesthetic of classic EBM. S.A. veteran Chevel rounds out the first record in the program by interlacing several percolating synth lines together into a richly conversational piece.
The journey continues with ''Starving The Mind,'' an undulating mini-epic from S.A. founder Lucy that is animated by his signature balance of seductiveness and concentration. The bright, biting acid synth tones of ''PRV-HH3-X'', by Lory D, then takes a sharp right turn into an invisible metropolis ruled by reflective high fashion and hidden intrigue. The imposing architecture of ''Virgo Rebellion,'' designed by modular synth futurist Caterina Barbieri, acts as an excellent companion piece, and sets up the closing ''4G'' from Spazio Disponibile co-founder Neel - a crepuscular serenade that accurately sums up much of the foregoing activity.