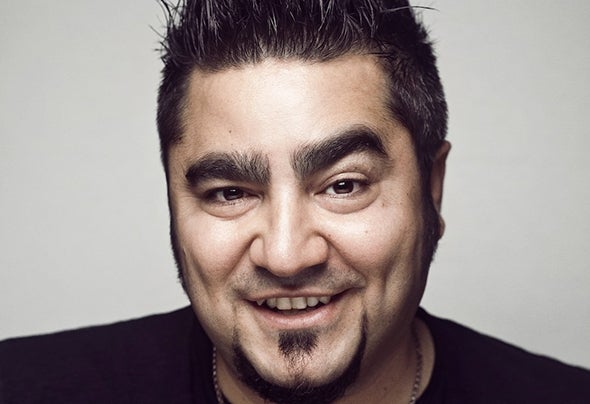 Paolo Noise is one of the most well-known and loved Italian DJs. He is the anchor man of “Asganaway” on Radio Deejay, one of the most followed shows on Italian radios, and of the TV Show “FUORI FRIGO – L’umanità fa schifo” on Deejay TV.His radio success goes at the same speed of his musical career. Paolo is also DJ, remixer, performer and actor. He performed in the most important Italian clubs since 1997. His most important releases are “Pascià” (2011), “Vedo cose che gli altri non vedono” (2011) Feat. Danti, the famous rapper of the super well-known Italian rap duo Two Fingerz, “Feel It” Feat. Yves (2012) and “Miss Me” Feat. LeRoy Bell (2013). For this work he collaborated with LeRoy Bell, the famous American singer and songwriter who took part to the American X Factor Final. “Miss Me” reached the Top10 in UK Upfront Club Chart.Paolo Noise holds talents and surprises. In a nutshell? Paolo is a real icon for young Italians!