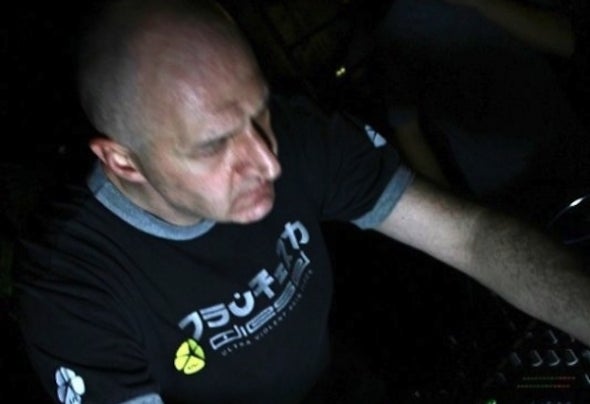 Marco Fratty is a DJ who since 1983 has decided to live music not only as a personal passion but above all, follow it as his chosen career.His first group, F.P.I. Project, formed in 1989, for which he wrote and produced, made itself conspicuous with tracks like “Rich in Paradise” “Risky” and “Everybody” which have been appreciated both by radio stations and the public at large.After the first single, “Rich in Paradise”, in 1991, an album of the same name followed and it confirmed what the earlier tracks had hinted at: Fratty is definitely a talented producer in addition to being a very tasty deejay!The following years saw him engaged both in live performances, that brought him to take part in the most important musical events around Europe, and in a new recording project. Infact the project came to be called T.C. and it was right under this name that from 1991 to 1995 he released another five singles; “Funky Guitar” and “Harmony”, amongst others.At this point, his musical career continued, on the one hand, appearing as guest deejay at the most important European clubs (Ministry of Sound in London, Locomotive in Paris, Hacienda in Manchester, etc...) and, on the other, producing the most famous European artists of that moment, like Simply Red.Between 1999 and 2000, several new productions by Fratty were released. This time his contribution was above all as a remixer. Examples of notable Fratty remixes include “Cada Vez” by Negro Can and Darryl Pandy’s “Dancing”.In 2000 going full circle, he returned working as song- writer/producer of his new musical project: Intrallazzi & Fratty. “Acquamarina”, “T he Love (L’Amour)” and “Summer Brazil” are some titles of the songs which have to be considered as the real summer soundtrack.In 2004, Fratty is continuing to play live at the most well- known Italian clubs but he is also back again with his latest release: “The Ride”.From 2005 to 2010, Fratty is a producer for a D-Vision label with “Lovematic”, “Mowo”, “Ibiza Players”, “Mood Velvet” and “Pro-Hunters” projects.In 2011 Fratty is a producer for a X-Energy label with “ Pretty Woman”, hit in world chartsRhythm, guitars, smokey club atmospheres ...time is running, but it’s always the right time to dance!