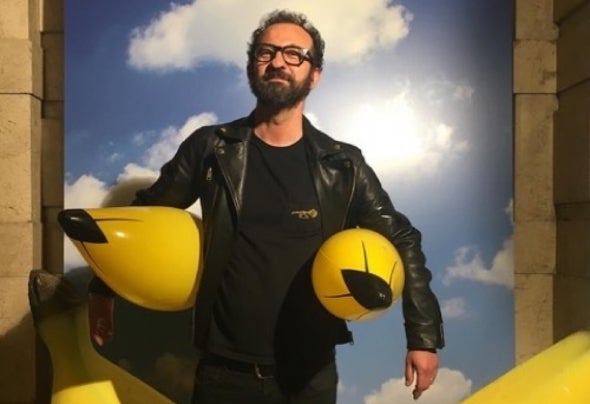 Coloured sounds, eclectic vocation, international profile: this is Stefano Fontana in a few words. Grown-up in Milan at the Plastic Club – main club of the Italian artistic circuit – Stefano has always had a real obsession for that imaginary street half way between turntablism, funky B-lines, hip hop, dance old school and all the plastic world correlated.Grown with bread and groove, Stefano Fontana blends the scenes of Chicago, New York and Detroit, electro, hip hop, house and techno, re-interpreting them for far away: he takes part to the DMC freestyle championship, rears up with his BMX, he risks his life with tricks on his skateboard, but especially he draws totally from gurus like Basement Jaxx, Underworld, Chemical Brothers without naming generals of hip hop like Public Enemy, Ludacris, Timbaland and Neptunes.In a few years, he becomes one of the Italian most hot producers and his first long distance fatigue named Stylophonic is published internationally by Emi: the album Man Music Technology is a crossover of hip hop, breaks and house, absolutely so international that it seems an alien for the national reality. The single extracts arrive in all the European charts, the album sees important featuring and remixes (see Digital Underground, Della Reese, Kevin Saunderson, Chicken Lips, King Britt, Radioslave, etcc) and the name of Stefano approaches the gurus of dance, so much to be renamed the " Italian Fatboy Slim " for the same versatility and same kaleidoscope of sounds.At the same time, Stefano reinforces also his activity of music designer for various brands such us Adidas, MTV, Coca Cola, Dolce&Gabbana (with the incredible collaboration with Hype williams), Diesel creating soundtracks for fashion shows and taking part to various Italian tours.