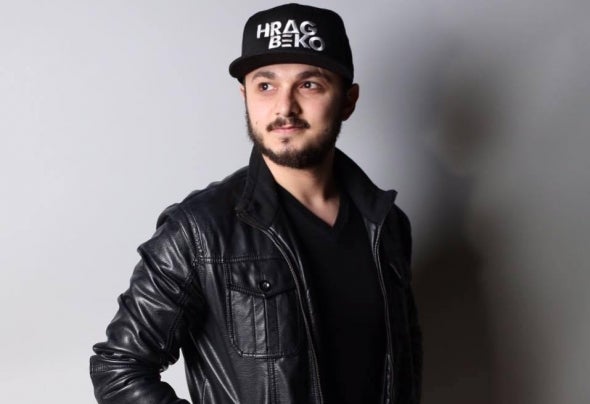 Hrag Beko's passion for music started at a very young age. His love and detail towards Dance Music made him realize he can have his voice heard in the industry. Hence, a star was born. As one of the most original talents to emerge from the ever-changing Los Angeles City dance music scene, Hrag Beko has been making waves across the world with his unique penchant for producing versatile and innovative tracks. From the humble beginnings as a local bar DJ, Hrag Beko's natural musical talent and curiosity for DJ technology pushed him to pursue a global dream. His passion and genuine love for producing his own content, has gained the crowds attention from different backgrounds. Hrag Beko spends many hours in the studio, refining and fine-tuning his ever-evolving sound. His sound has gained support from the likes of Paul Oakenfold, Promise Land, EDX, Croatia Squad, Kid Massive. His dream and legacy are now unfolding before our own eyes. His influences are wide and diverse. They are a strong testament to his willingness to adapt and test the boundaries of conventional dance music. Today, he remains one of the most highly regarded and sought-after DJ's in the dance music scene. With headlining and supporting performances at many of the top venues in Lebanon and Los Angeles (Exchange LA, Sutra, Avalon, etc), Hrag Beko has acquired the ability to read his crowd and make his audience feel the music. He has also had the opportunity to play alongside a plethora of industry mainstays like Sander Van Doorn, Gabriel & Dresden, & more. The considerable talent Hrag Beko has a creative mind in the studio. He is a technician when it comes to being a DJ, constantly tweaking and meticulously honing his skills in order to accurately portray his undying love and passion for the music he has committed his life to. With releases on several prominent labels and support from top DJs, we look forward to seeing what 2017 & beyond holds for this emerging talent from Los Angeles.