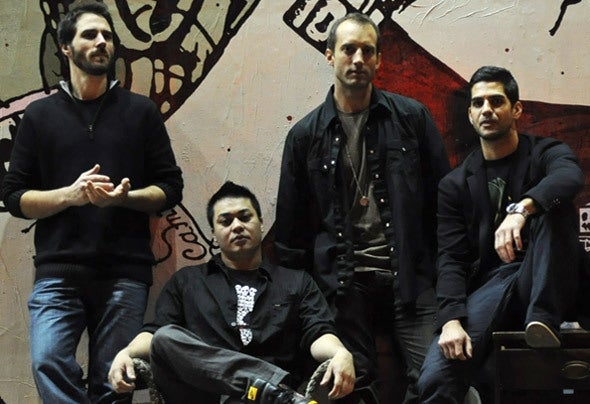 MAKr is an improvisational band that combines live instrumentation with electronic technique. Their sound ranges from downtempo dub to danceable club grooves. MAKr draws from an ever expanding list of influences (including Massive Attack, Thievery Corporation, NIN, Amon Tobin, DJ Krush, & King Tubby) and the extensive stage experiences of its band members. Each live set is entirely unique and improvised, allowing their performances to grow organically and take form as they are created. The band's mantra allows for an open dialogue between musicians to cultivate creativity; as a result, MAKr is able to express a direct reflection of the setting it is in and the audience it is playing to. Band members take this one step further by using a live looping technique to layer their improvised sounds, allowing for manipulation of multiple instruments (and effects) simultaneously. The rhythmic foundation of MAKr is built by beat specialist Blake Ferm. He has over 200 solo releases on his Techture label ranging from D&B to ambient and he is the architect of the band's beats. Bass & synthesized sounds are created by Edward Zang, who began his stage career playing trombone with various bands before producing electronic music and djing worldwide. He dials in most of his own sounds digitally, but will also incorporate effected trombone into MAKr's sets. Chris Mariner is the band's guitar and technology expert. Before joining MAKr, he played with the Radiohead-inspired Spinning Plates. Chris brings a powerful mixture of forward thinking, theory, and a classical approach to the overall sound. Turntablist Eric Tran is equipped with only vinyl records, the freshest cuts, and his studies of D Styles, Qbert, Craze, and Steak. Originally from Chicago, Eric has mastered the art of collaboration and improvisation through a deep-rooted connection to the music. In 2 011 MAKr starts producing for MothLab Recordings.