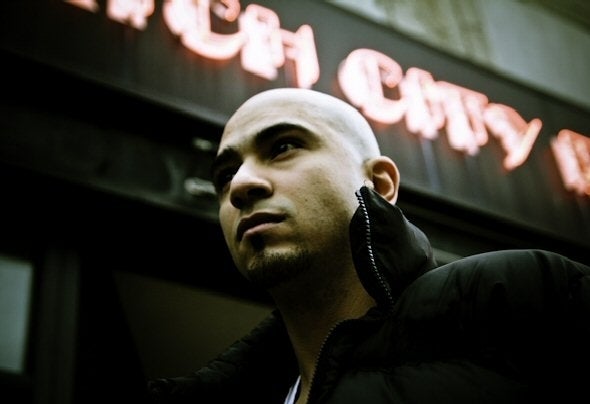 DJ Brunno Santos fast became one of the major statement makers in greater Boston?s house music scene. His opening sets impressed dancers at all the area?s top clubs, leading to his being given a residency at Therapy in Providence, that city?s top club, and, recently, headline engagements at Boston?s famed Underbar. Not to to be confused with the house music veteran DJ Bruno ? a local legend whom Santos honors and knows well -- Santos, born in Minas Gerais - Brazil, first discovered house music as a youngster ( 1995 ) going to the Bahama Beach Club in Saugus, on Boston?s North Shore. There he found himself fascinated with the music and the DJ-ing done by Rick Naples, then one of Boston?s major spinners. Many nights of dancing to Naples?s mixes and watching Naples do them led Santos to say ?I can do this!? And that is exactly what Santos did in 1997. Years of clubbing and of DJ-ing at house parties followed. But it was a trip to New York City?s Sound Factory, in those times perhaps the major house music DJ arena in America, that revealed to a still very young Santos the secrets of house. ?That?s where I found out how it?s done,? he says. ?There were 24 hour sets, even 36-hour sets by Jonathan Peters. I?d never even imagined that before ! You can do such a long set and take the dancers to where they?ve never been before. That?s what I knew I HAD to do!? Back in Boston, Santos dedicated himself to the DJ art in earnest. He was then, of course, mixing two vinyl 12-inxch singles, the classic house music platform. As a vinyl DJ, he worked ?wherever they would give me a chance,? he says.? At AXIS upstairs, even at The Loft, where I opened for DJ Bruno, no less. After many months of itinerant DJ-ing, Santos moved to Miami, where he lived for two years, 2004 and 2005. There he developed his sound, DJ- ing at major clubs ? including Space and Amica -- in what was then (and continues to be) America?s second most important house music scene (and sometimes first). There Santos developed what he calls ''my Miami sound? Then it was back to Boston and the beginning of his steady move toward local stardom. He started spinning at Rumor, a premier Boston dance club, and also began making the transition from 12-inch vinyl discs (:?I hated giving up vinyl,:? he says,? but I had to do it. They were all doing it?). And pretty soon he landed a regular gig at the Boiler Room in Worcester, which turned out to be his Big Break. ?The Boiler Room residency built up my name,? Santos says.? Pretty soon I was being asked to therapy, Underbar and all the other small clubs in the area.,I have to thank my old manager the time, he was a big help. Santos has also become his own track producer. Beatport.com features Brunno Santos tracks. His sound on these tracks is radically evolved from the vocal Miami music he used to make. His new stuff is either pushy, dark techno or trippy, highly embroidered progressive house music -- very appropriate for high-ceiling, midnight-dark dance emporia. As well as sexy enough to engage the cute fashionistas . One listen to Santos?s new Beatport tracks, and you?ll want much, much more of his work, and more of it again. Brunno Santos is the owner of AudioGroove Records located in Boston Massachusetts and working side by side with Volume Media Recordings also located in Boston Massachusetts. You can find Brunno's record label on Beatport.com.