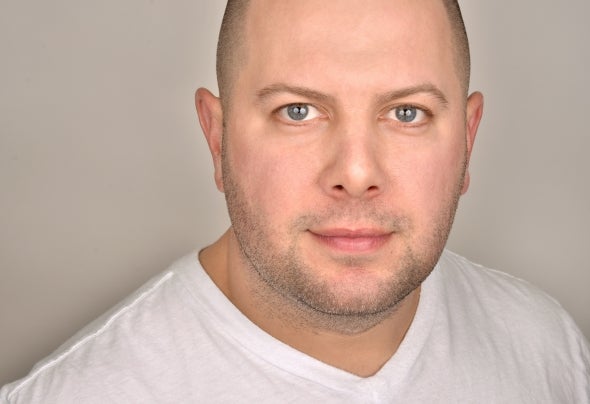 Getting his start during Winter Music Conference 2005, in Miami, Fl., Dan Carabetta knew this is the path he wanted to take. As a rookie DJ, he followed the Electronic Music scene, familiarizing himself with the different sounds that one day bring him to the level of skill he possesses today.Following legends like Tenaglia, Calderone, Kleinenberg, Lawler, Glaude and Morillo, to name a few, they slowly, but surely, used these mentors to find and create their own sound. In little time, he managed to master the art of DJing, reading crowds and playing for masses. His unique blend of Tech, Deep, Funky and Vocal House wouldn't go unnoticed for long as they managed to maintain the percussive elements of the track, always giving it that Miami vibe.In 2007, Dan Carabetta was paired up with Miami native, Doons, at Room 960 in Hartford, Connecticut, everyone was taken by surprise. Their musical direction seemed as if they had practiced and prepared a unified set, as they took the crowd on an unforgettable musical journey that was spoken about for months. It was then certain these two would meet again again behind the decks. Back by popular demand, Carabetta & Doons were offered a residency at Room960, Hartford's #1 choice for nightlife music entertainment. Their musical talent has unified audiences at such Clubs like Space Miami, District 36 NYC Pacha NYC, Arkadia Miami,T herapy RI, Gryphon FL, Nikki Beach Miami, Club50 Miami and many more throughout the East Coast, as well as, shared the decks with legendary artists like Robbie Rivera, Victor Calderon, Kurd Maverick, D.O.N.S., Tom Novy, David Tort, Stefano Noferini, Thomas Gold, Dresden, Syke'n'Sugarstarr, Dimitri Vegas & Like Mike, Brown Sneakers, Peter Bailey & Richie Santana, Oscar G., Roland, Boris, Carlo Lio, Luciano Pardini and many more.Carabetta has since taken his skill to the next level by focusing on productions with DJ partner, Doons. In January 2011, they produced a mind altering floor killer titled, "La Musica" which immediately received massive support worldwide and was ultimately signed to Nervous Records.Staying loyal to his fans, keep an eye out as Dan Carabetta entertain you with productions, tour dates and mixes for your listening pleasure.