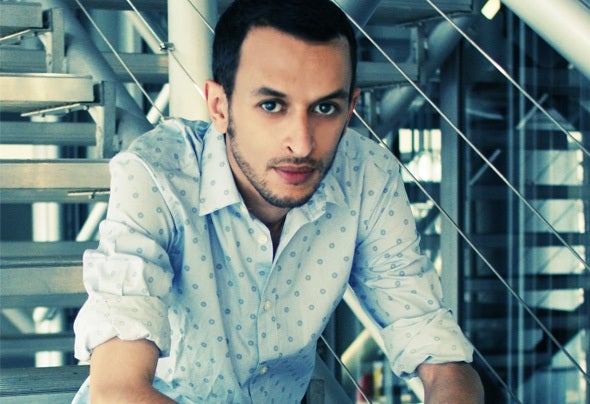 Mr Edgy is a songwriter ,he plays many instruments and produces all his songs in a creative way.Mr Edgy touches many fields: painting, graphics and design. Mr Edgys music feeds on the world of pop and electro, nostalgic, with a certain melancholy. the themes of love and human relationships are the paramount. He superimposed the sounds and plays with various influences. In 2008 he releases his first album ,,to nowhere´´. Now follows the EP ,,The End is not the end´´ and a second EP ,,This Sunlight is not the light´. Mr EDGY was born November 15 in a little suburb from Paris. In the 80 ‘s he developed a passion for music. He discovered the jazz standards and soul with his father and the great Egyptian singer with his mother,but when he discovered Prince he tried to start to compose. He grew up with the pop music of the 80s listening to Wham, Duran Duran or Sade. At 19 he began to attend to be director and made his study at the cinema school of paris Femis. He directed several short films. After high school and one year at the Gobelins,he devoted himself to drawing.In the early 90 he discovered Sugar Cube and especially Bjork, he got more serious about writing and composing, while continuing to draw. At the same time he went to Germany,Berlin and met a DJ who introduced him to the underground electronic music and he fell in love with the city and the music. In 2007, the desire to make music was stronger then ever. He installs a small home studio where he writes, composes and performs all of his new album Now to nowhere. The approach is still at that time merely personal. he decided to travel and discover other music in the world, japan, africa, south america. He runs through the city club and listens and learns, he would make electronic music but with a soul, he meets a DJ in Lisbon who advised him to get serious about music. After a trip to Belgium, he reworked all the songs,he made the arrangements, produced the album :everything falls into place. The first song Drive me Crazy with the label is chosen, it will introduce Mr Edgy. he will not mix or make pure electro songs but something in between. After different styles Mr Edgy is working actually with Freddy Aerox for the label Identity Records mixing between featuring and production.