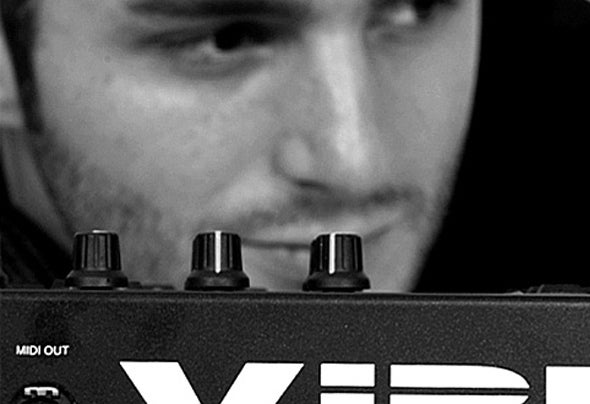 In 1998 Danny D.'s musical life starts -with lots of spirit of adventure and lifeblood - in the house scene. At the same time to his first residency at Lager/ Memmingen, he begins to be incredibly interested in in the way of producing electronic music. Two years later, Danny can notes down names, such as KM5, Bambuddha Grove, Mao-Rooms (Ibiza) and Prinzip (Munich) in his discography. And somewhere between Munich, Switzerland and Ibiza, D. Danny founded his own style for himself. The transfer from personal to public, from private to art, reach the DJ and producer in 2003 with the publication of his first vinyl Funky Train and the establishment of the common label “Scandalrecords”. Together with Jörg Dinsher and Julia Husler, the three musicians headquartered their young label in Würzburg. United residencies (Nikolaushof, Markt 7, Studio / Würzburg) federated the Scandal -crew. Bookings outside the Frankish city walls and across national borders (Spain, Switzerland, Austria) drive Danny D. 's permanently musical development forward. His Dj sets are grooving to the electronic- techno genre. His productions have reached their depth by Danny's enormous expertise and focused creativity. Since 2004, the passionate musician regularly plays in the Airport / Würzburg. Together amp; with Dinsher Husler remains true to its motto to this day Memminger-sovereign to follow his own style. To this day he truly and sovereignly remains to the Scandalrecords- motto: following his own style. So today Danny's sound has a wonderful, fresh flow conveying the pure joy of life. His love of music crackles powerfully through all his tracks and is absolutely unmistakable. Electronic sounds, which tranfer the banality of ordinary moments into remarkable things, let Danny D. say: “Music is my religion!”