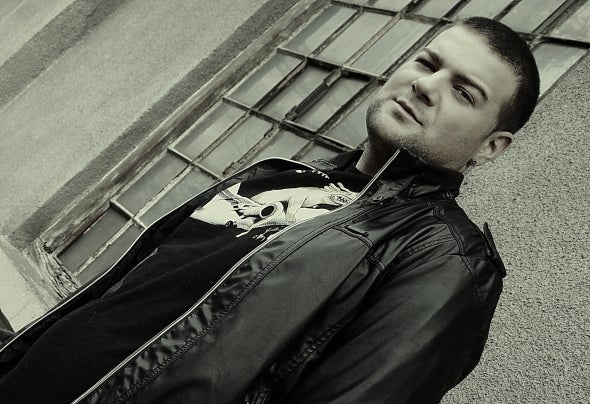 For Booking please contact : filipjokovic@yahoo.comFilip Jokovic was born on august 03.1983. Since early age he started to explore genres that suit's him,after hip-hop,trance and for a short while minimal in the early 2000 he fall in love in HOUSE music.the years past,many parties and festival's he attended and admires the life that DJ's are living,combine with his love for music he decides he want to be on the other side of the decks. At the beginning of 2007 he started to practise the technique,and mastered it very quickly. At the early 2008,he met his high school friend Goran Manojlovic who is also at the beginning of his DJ career. They decided t o work t oget her as a back2back team,and soon they form the group called "VINYL CREW". The name Vinyl Crew suit's them,because they play Vinyl's. Even this days on Gigs they are using at least one gramophone,because they love 12 inch vinyl,and the people consider that as an attraction. Since then they played in many clubs and Festival's in their hometown Belgrade (Serbia) and Novi Sad, etc. They are in contact and friends with many DJ's from Serbia and abroad. The set of Vinyl Crew contains genres like club house,jackin house, little bit of soulfull, and the main genre Tech-house. At the end of 2010 they decide to take step forward,they started to produce their own music. Very quickly track's are getting great response from a fellow DJ's/producer's.