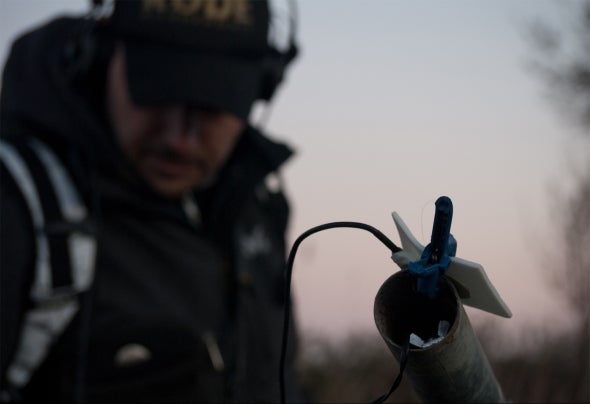 With Spanish origins, Mark’s was born in Nîmes in 1977. Since the age of 16he has been openly passionate about electronic music. “At my first parties, instead of dancing with my mates, I would spend theentire night stuck to the HI-FI, putting on tracks.Then along came my first rave parties. When I was 18 we hired a generatorand took some decks with us and threw a party in the open air. By morning,I ended up at mine mixing acid-techno to the disapproval of my neighbours.In 1997, I began to frequent a dance bar where I discovered a new sound anda new style of music. This was House Music.T he manager of the bar, who had confidence in my talent, pointed me in thedirection of an electro event management organisation.In March 97 the Oxy’Zen adventure began. I met some very enriching people,during the 5 years of this collaboration, which were marked withunforgettable nights”.In 2000, Mark’s became ‘the young prodigy’ of the scene securing his placeamong the best 5 electro DJ’s at the D.M.C contest tours. Following this, he has become an important figure in the South of France,scouted by bars, clubs and events on the electronic scene. “Me and my vinyls have travelled together from Nîmes, to Montpellier,Marseille, Bordeaux, Lyon and Paris”In 2004 Mark’s became resident DJ at the cult ‘Lulu Club’ in Nîmes; thisgave him the opportunity to co-organise the ‘BUTTERFLY’ nights .Currently living in Montpellier, Mark’s is set to continue his residency butwith a brand new concept “FANTASIA”In the meantime, following the GRAVITY festival at ‘La Villa Rouge’, Mark’shas got the GRAVITY group involved in the Parisian club scene working in oneof Paris’ biggest clubs ‘le Studio 287’.“In line with this, I have a lot of other plans. I am developing my musicalknowledge with the help of established professionals from Bakelite Studios. I spend my nights on my Apple Mac and on my keyboard. My objective is toproduce my first release.Scander rec / Stereofly / Afterpunk / Trebol Rec / Saphir RecGenerous, but also shy, when I’m behind the decks its thanks to the musicthat I am able to come out of my shell to share the emotional intensity ofthe mix with my audience.”DJ Mark’s mixes other styles with tidy electro house for high profile,classy bars and clubs, café style House or Electro tech for festival goers.This DJ’s secret? A mix of technique and positive energy, which he cleverlytransmits to his audience.