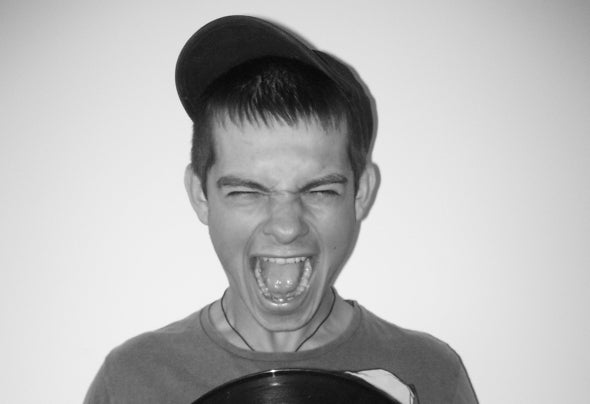 Born in 1989, Evin Rave has always been fond of electro music. He discovered night clubbing when he was 15 years old, at the BAR LIVE after club in southern France. Ellen Allien an Apparat's Orchestra Of bubbles album and their performance were A revelation for him. Around his 18th year,with very little means, he learnt by himself how to create songs with his computer and found out that remixing was not priority. After listening to the best in electro music, he quickly found his own style, that is to say a planning rythmed techno with a pretty melody. Border Community, Kompakt et Bpitch Control were his source of inspiration. As a good perfectionist, he worked a lot his songs before sharing his compositions. The good returns pushed him to sell door-to-door different labels. Then he signed his first track « Happy Monkey » with Chibar Record. Today, many projects work in progress like remix, tracks, and collaborations. He's going to sign several tracks with different Label, and very soon with Yuko Records . He likes being alone to produce, but he's looking forward to have his public set in club, to finally see how high he can make people with his song(the goal of his life).