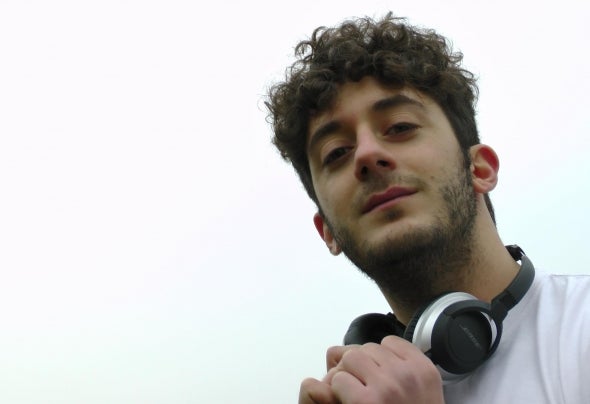 When he was a child he loved listening Joe Cocker's music and used to call it the 'the red disk' because that disk had a red label; he also played the piano, but the lessons were boring. Its inner rhythm was different. As a teenager, he was attracted by Tech-house and Techno disco music type and began to hang out at nightclubs in Milan. He has been thinking hard about creating his own music to be played during his DJ sets, so he decided to attend the DJ Academy in Milan. After that he started performing in many clubs of Milan, won a DJ contest and began to produce his own music. However he was aware that all this was not enough to became a professional DJ. In 2012 he moved to the USA and came into contact with different realities and innovative sounds and technique and has understood that the study time was not over. Back in Milan, he attended a Sound Designer course at NABA and his new music production captured the interest of the Chibar Records label with which he signed a contract in 2013. In November 2013 he released the Techno recording called Believe: Beatport has reviewed it among the most popular albums of the record company. On 4th January 2014 released the album called Suspence and within a week he joined the International Worldwide Top 100 Charts of Deejayworxs http://www.deejayworx.com/en/ New albums are coming soon: on 1st February Low Frequencies and on 1st March another one called Lost in Space. In the meantime he resumed performing in Milan after a long time spent studying new musical techniques and new sounds research. During his DJ sets he plays House, Tech-house and Techno music involving the audience in the variety of rhythms and paces of his mixing that performs with an innovative musical intuition. His podcasts are collected in the serie called 'the musical journey of Simon Spencer N.#' available on www.soundcloud.com/simon-spencer.