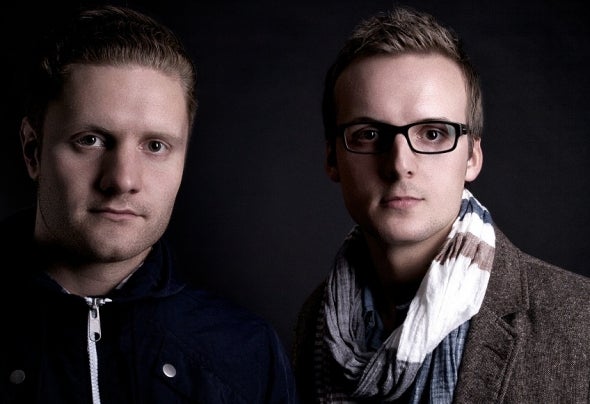 It took almost 21 years for the musicians and djs Robert Kock and Philip Christmann to unite in their passion for electronic music. What had happened before? While Robertattended the classical education for the piano and started producing EDM with only 15 years, Philip - influenced and thrilled by the big dance productions - simultaneously gotinto djing. In 2007 they went from the basement up on to the stage together for the first time - with success. Their idea of a musical relationship had finally been set.Not only their fluent complementary tastes in music seems to melt them together, but rather their shared opinion of a perfect night, which Philip describes as music being thestar which slowly teases everyone until it progresses to the ultimate climax in the right moment. This similarity needed a catchy synonym at the end of 2009: DIGITALmusikantenwere born. Evolving with their increasing experience, a specialty created itself apart from musical designing. Sharing their implicit devotion for well-picked tracks emotively mixed to a long line of swirling and driving sounds DIGITALmusikanten actually become one with their audience, dancing along with them in euphoric harmony. In addition a growing number of their very own productions have become part of their sets. Robert often describes their music as a blind grip into his own CD wallet. You never know what you’re going to get, but for sure, it’s going to be quality. We are perfectionists at the end. And neither boundaries of genres nor other increasingly blurring rules in EDM will help to locate i.e. their first single “Talsteiger”. In this mix of techno affine beats, synthesizers that rather bond with trance productions and percussions which evoke groovy house tunes their untamed friskiness becomes more than obvious. So much in fact that none other than superstar Tiesto took “Talsteiger” into his radio show in the week of its release. It is this mix with a high value of recognition that already earned them a remix for the Nature One anthem of 2010. Their second single "Thrust" was released in july 2011 likewise on dutch quality label High Contrast NuBreed, which is part of the very successful BeYourself family.DIGITALmusikanten showed of their progressive side and earned full support from none other than Markus Schulz, Kyau vs. Albert and Sander van Doorn. With their third releaseRobert and Philip cover their favourite genre, techno. The EP „Zu Zweit“ was released on the italian label 989 Records. All three tracks tested through the roof and became theirpersonal weapons in each and every set. Recently their brand new “Inverter EP” on Chriss Ortegas quality label Groovebox Recordings earned a lot of compliments.With upcoming originals and remixes DIGITALmusikanten will offer even more in the near future. Eventually it’s not the big mass, the main hall or even the mainstream, that igniteDIGITALmusikanten to deliver top performances. “The moment in which we see and realize that there are a handful of people anticipating and experiencing the same mindblowingseconds like us while a new beat takes control, is simply irreplaceable.”