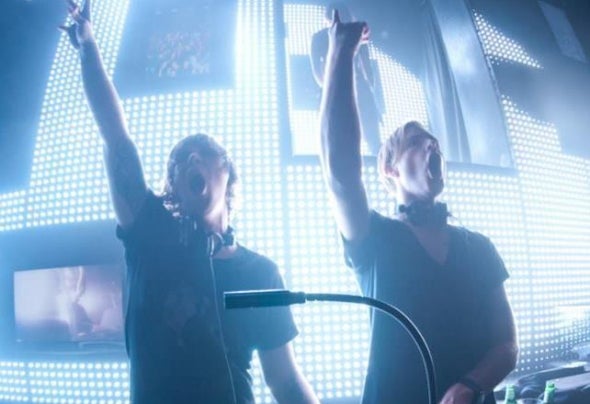 For the two known as DigitaLife, music is something special, its what brought the two together.Born and raised on the East Coast, Fargo and Sean grew up 45 minutes away from each other yet never knew one another, until they both packed their bags and headed to San Diego. Through friends and music, they came together and haven't looked back.With an inherent ear for music, Fargo has been playing music since he was a kid. He started accumulating drums, and various guitars, and through the years learned all he could about music and production. Evolving through many different styles of music, he than came to realize his inherent love for dance music.The two started spinning and making mix tapes for fun until a promoter heard their weekly podcast and offered them a gig—and the rest took off from there. When the two finally took the stage they created a vibe that was so addicting you couldn't help but want to rock out with them.As true crowd controllers, DigitaLife takes you for a roller coaster ride in their sets. The energy they project into the crowd has become notorious and the crowd always feeds off of it.The two have made some noise in just a short two years, opening and closing for artists such as Afrojack, Sebastian Ingrosso, Alesso, Paul Oakenfold, Wolfgang Gartner, Moby, Erick Morillo, Bingo Players, Porter Robinson, DirtyLoud, Clockwork, Felix Cartel, & Lucky Date to just name a few.2013 is off to a good start for the buds, with their latest EP cracking into the top 100 in Electro House on beatport. They currently have another 3 signed EP's set to release and are writing more and more.