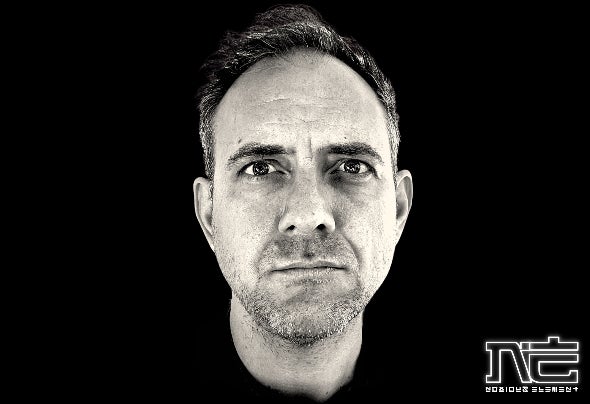 noxious element, alias Oliver Kraus, was gripped by electronic music, even before puberty. The new Amiga 500 he got, as Christmas present, was turned into a production machine within a few weeks, and all its disks were overdubbed with samples. It soon became clear that this was to become Oliver’s private and professional path. He started an education at the SAE in Frankfurt, to become an audio engineer. Together with his fellow student, Jörg Schellhaas, he released his first vinyl (as noxious element) in 1999, on Phuturewax by Tom Wax. A string of live performances followed, in the Rhein-Main area. He was also active as a remixer. After moving to Munich he focussed increasingly on working as an audio engineer. He was also very busy as a MAZer, sound designer, jingle composer and radio producer. Today, his clients include pretty much all the radio stations in the Bavarian capital, The Walt Disney Company and all the major audio book labels. He never lost his love for electronic music. He continued to keep his ‘finger on the pulse’ through being a regular visitor to the Munich club scene, and all the big festivals in the electronic music scene in Germany. After various self-distributed releases, he decided to revive his project ‘noxious element’, in the summer of 2021, and begin to release solidly again. Stylistically never easy to classify, he now focuses on harder, massive techno, including elaborate, cinematic arrangements. The first new releases can be found on Evosonic Records and Harthouse. It's about time!