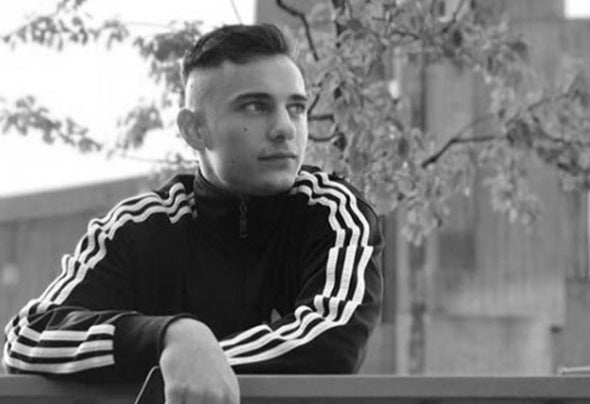 Noah Levin, son of Janja Mihaljevic, THE voice of Evosonic and Chris Maico Schmidt aka Mike S., Mister Evosonic, was born shortly after the legendary radio station went off the air, in early 2000. It was clear then where the musical journey was going. As a teenager he was still a big fan of German hip hop and admirer of spoken word artists like Kool Savas, but it took a 2 before a 0 for electronic music to catch up with hip hop. It also took him a few more months to realize the musical roots that run in his family. The starting signal for the change from consumer to DJ was the show "MikeLike Auslaufen" on Evosonic Radio, meanwhile mutated to a successful internet radio, still run by his dad. At the first show he was still sitting in front of the radio, one issue later, he was already sitting in the studio and behind, at the show a week later next to the dad. At the end of 2020, he was entrusted with the weekend edition of Evopool Update. Together with Julia Löwenherz, he now accompanies one of the most important radio shows on .... every Saturday. You know. Regular guest appearances on some editions of the "MikeLike" series, stints at New Year's Eve and birthday shows on air, quickly made him an integral part of the Evosonic crew. Not because of the family bonus, but solely because of his skills. "I've never seen anyone who understood so quickly what DJing is all about. And this despite the fact that he is far from having found his style in the great genre jumble of electronic music," he says. Chris Maico Schmidt adds: "In the times of Corona, he has unfortunately not been able to play in front of an audience as a DJ. If the virus is defeated and he is then ready to rock the clubs of the world, he could become a very big one". The so important step to become a music producer around so a large one, as prophesied, is also already accomplished. Together with .... You know, he has successfully "edited" a few tracks for release! ..... to be continued.