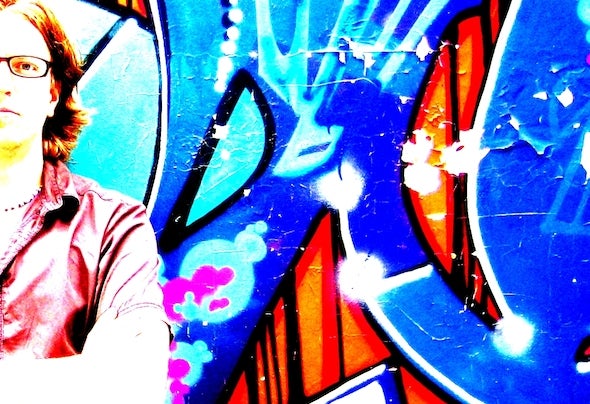 The DJ, producer and sound-engineer Bodo Felusch is a music addict and vinyl junkie. He buys what he likes doesn't care about styles, "At the end it all merges into one". Bored with the sound of his drums, he got into electronic-music, at the age of 16. Based on his love for jazz, blues, soul and funk, he discovered the variety and potential of electronic music."Acoustically, electronically, manufactured or computer produced - doesn't matter! Composition is just a spark, the fire ignites through listening"...In 92 ́ he discovered the "Space-club" and "Warehouse- parties" in Cologne and began immediately to burn. 1993- He starts DJ-ing and made himself a name in the early "Cologne-scene" as "DJ Silver". A year later he moved on to the "Slam-club" in Bonn, where he got into playing 8-hour- sets on the "legendary Wednesdays", as well as Warm-ups for artists like Tony Humphries and Jeff Mills, on Saturdays. A strong set back followed in 1996, when he injured his back. He decided to cancel all gigs and to get back on stage as soon as possible. Recovery took longer than he thought, so he decided to do a college-course in sound-engineering in the meantime. Productions for good friends, which were never published, followed. At about the same time he started to take jobs in studios to gain experience in the music and advertising production. Soon his passion took him back to the streets and he started working as an audio-engineer in the event-industry, where he still earns his living, which he mainly invests in vinyl and good food.In 2003 his first releases appeared with "Underworld- Recordings" which he produced for his old DJ- and school friend DEE-LA. Additional publications followed with labels like "Earregular-Recordings" and "Three-Element- Recordings". In 2004, under the name "THE REAL-DEEL", DEE-LA & FELUSCH appeared for the first time together, and decided after a lot of demand, to go public with the worldwide known label "Sounds-Good Recordings".Always in action- never enough time for promotion. For Felusch Music and Artist come first. He is a strong follower of the Indie -Label."UNVIRTUAL-MUSIC",Bodo Felusch ́s own, digital-only-label was launched in 2005, with publications you will find in well known cases all over the world.In the same year he began to spin records again and got his first experience in live-performance. In his DJ-sets he uses everything he likes and his sound merges into hypnotic "electronic-deep-progressive-Tec-house-tribal". With constantly fine-tuned own productions his sets are always worth an open ear."Music is massage for ears"