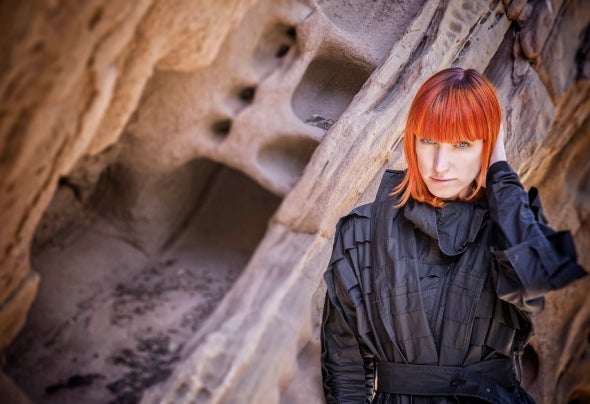 When you hear creeping high hats, hypnotic beats and a pop of acid, chances are you‘re hearing Britta Arnold from the console of her musical spaceship. Straightforward and distinctively poised, her unique blend of beats makes for a milkshake of cosmic potency. For this elegant fire red, her pledge to break norms and find the hottest music on the block has gained her quite the following and opened up a fantastic world of people, places and special moments. Since co-founding the Bar25 label in 2006, her nights are spent playing gigs anywhere between Asia, America and Europe, while many of her days are spent in the studio where she dreams up new music. She has released on Katermukke and Heinz, remixed tracks by ‘It boys’ Satori and Stavroz, and been remixed by the likes of Claude VonStroke and Ruede Hagelstein. Aside from this, her new musical project ‘Britta Unders’ with Amsterdam based Unders, is adding even more magic to her minutes. They are playing sets from sundown to sunrise together all over the world but also started a new label Happy Camper, this will be launched November 2017 with artists as Mira, Be Svendsen, dOP and Noraj Cue. When not doing these things, she’s probably planning her GRRR Mit BRRR party — a celebrated event at the Berlin club, Kater Blau. A born and bred Berliner who never had to learn how to be one, Britta reflects the city in which she still calls home: a little edgy, a little down to earth and always filled with artistic ambition. Having once lived in a caravan with her cat ‘katuscha’ on the grounds of the Bar25, she takes this Happy Camper vibe with her into every space she enters, whether the club, the festival, the studio or a walk through her home town. With the support from her global electronic family pushing her in the right direction and a naughty box of tunes on her back, the future of this lady from outer space only goes from strength to strength. So get your space suit on and go intergalactic roaming with your best friends and lovers. Do it to the hypnotic and wired sound of Britta Arnold.