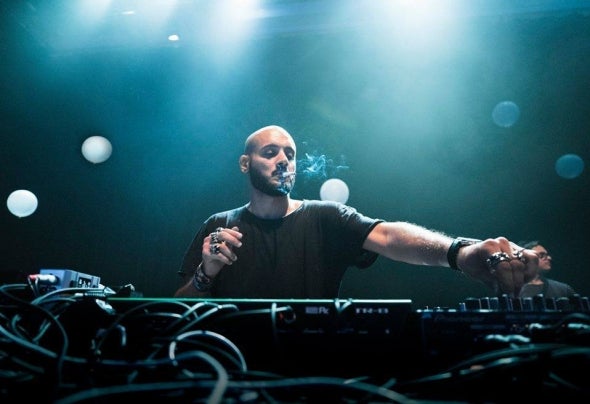 Influenced since the 00's by House Music by artists like Daniel Bell, DJ Sneak, Derrick May ou Doc Martin....;Julian was known after he signed on differents labels like Catwash, Houserepublic, French Kitchen, Brique Rouge, Decay, Trends Records or Keep It Zen.Those signatures will be for Julian a mark of recognition in the musical production scene and will allow him to share the decks in many parisians clubs. Quickly he becomes resident at Cirque Bonheur and will be noticed by many set . with some big names such as Dj Sneak, San Piper, Reboot, Livion & Roby, Juan Watkins, Phil Weeks, Trauma, Anja Schneider, Hector Couto, Hector, Raoul K, Franck Roger and many others...Now member of the Horde Family, very active crew in the Parisian scene, he is produced repeatedly in DJ Set and more recently for his brand new live called « LOVE ROAD LIVE » under his new alias TRAFFIC BEATS.This live, driven by six machines, is the best way to associate all his influences on one and one only axis. On the musical side, this live is directed towards a shard House with a magnifient touch of Acid, all of it supported by very entertaining rhythmic drums.It is thus with a new proposal that TRAFFIC BEATS will share the digital stage of the Marvelous Island next to artists as Stephan Bodzin, Marc Houle and Olivier Huntemann.