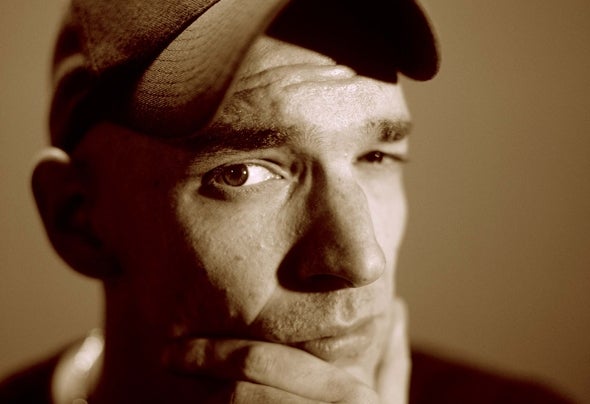 DJ Lazerus aka Lazy Lazerus aka Benjamin H. Buchbinder, born 1975 in Germany, raised in Amsterdam and now living the life in Ibiza, Spain. Ever since he got in touch with the four elements of hiphop when he was 9 years old, he became fascinated. Starting out as a youngster doing break dance battles and picking up sparycans he was at the start of a new era back in Amsterdam. After seeing his first concerts of Public Enemy, Eric B & Rakim, LL Cool J, RUN DMC & Beastie Boys back in '87, it was only a matter of time before he would finally find his true love and dedication to this culture. Years later, he was at the beginning of the birth of Dutch hiphop, first as an mc/producer, later he build his own label (Lost Soul Dept.) and started releasing other talented mc's throughout the nation. Eventually, Holland became to small for him, and he decided he wanted a change of scenery. All this said and done, he moved to Ibiza and started producing more than just hiphop tracks. Ibiza being a world famous party island, he started out organizing and dj-ing at hiphop, black music & eclectic events. Nowadays, after having numerous international productions and music videos to his name, there's no more limit to his style. Seeing him in the the dj-booth you can expect smooth mixes from early 60's soul & funk up to modern day dance music, and anything in between.