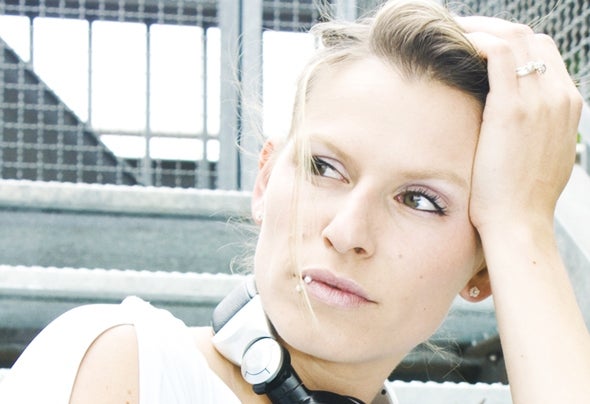 Already 2008, Miss Stevy started to mix up Disco- and progressive Vocal-House on HouseTime.FM and became Resident-DJane. Since that she developed to Tech- and Minimal-House and fell in love with Trance. Since 2009, she also had been Resident-DJane on TranceBase.FM with one weekly radioshow, the SternenFeuer (Starfire) sometimes in style of balearic, melodic, vocal and also up to progressive and Tech-Trance. Apart from broadcasting her radioshows, she made experiences and cooperated amongst others with regional organizers that represented several regional bookings with Gino Montesano, Punkrockerz, Phunkless, Frank Holly, Sven Pulsar, Frank Sonic and Martin Heyder. The end of 2009 brought one basic change – a new pseudonym: INFECTED FAY 2010 brought changes and new cooperations, so Infected Fay mixed up some guestsets for DJ MoReX (Tampa, FL) and his Trance Alert, also for 1Mix Radio (UK) and Shouted.FM (NL) facing projects with (#TranceFamily-)DJs from all over the world. On focus by releasing music production she won an acting partner, OneMoon Records, (Lüneburg Germany) and digitally released her first single Infected Melodies in october 2010. 2011 Infected Fay´s second single Lullaby was released on 10 June.