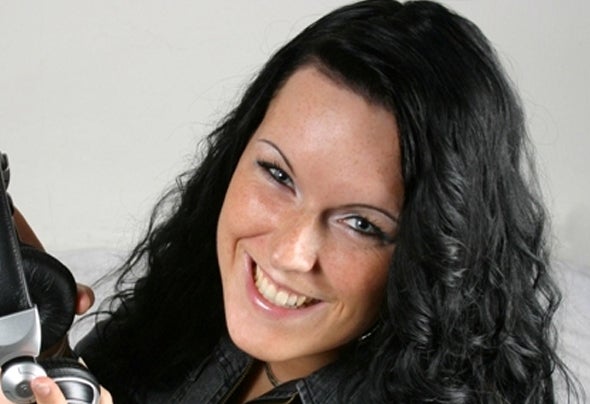 Since she was a child Christina aka Miss Moonlight loves the music and have much fun with. 1996, in her younger days she starts as a Miss DJ at a Teenieclub in Kleinow, a small village in Brandenburg (Germany). 2001, she plays her first Gigs at the Planet Moon parties in Seehausen. Since there she has named as Miss Moonlight. Her first release was in 2003 a picture vinyl on BE52 Records called 'Illusion Of Time'. Miss Moonlight lives and works together with deejay and producer ExOne, also known as DJ Dablexx in Lueneburg (North Germany). Since 2005, they both producing tracks like 'Save Us', 'Continue The Right Stuff', 'Handle With Care' and 'Every Hour' etc. for the indie label Jumpbeats Records. At your request they also produce Radio Jingles, Spots, Remixes and Tracks for third parties. You find more informations about that services on their websites. After all the years on decks, the styles of Miss Moonlight carved out for electro, house and minimal. You can listen her pr esent sets by her own broadcast show 'Moonlight Beats' on www.housetime.fm. Over the years she's played at some big parties: Love Parade (Berlin), Love Base (Berlin), Tunnel (Hamburg), Ruhr-In-Love (Oberhausen). She played on Radio Fritz Radio Satelite with Marusha and on TV on Metropolis.