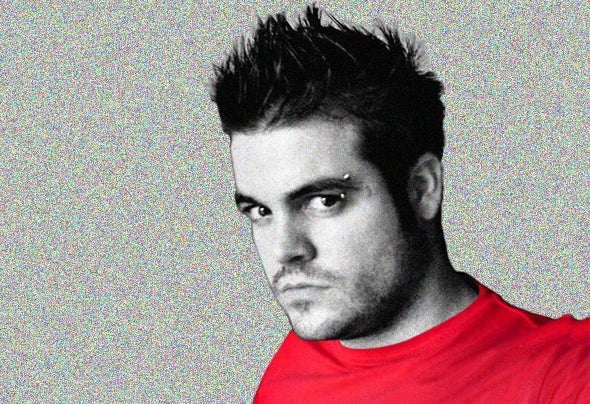 Giuseppe Taddei born in Rome the 10.2.1980. Grown in a family of musicians and lyric singers are for a long time been absorbed in the world of the music, son of an is in fact ex soprano of the choir of the RAI and grandson of the famous baritone Joseph Taddei. Impassioned of technology and of music electronics acquires the first turntables to the age of 14 years and start as DJ. He to the beginning takes an interest only of Dance music but his attention moves almost immediately on the Techno, Trance, Dn'B, IDM . He starts to learn alone and he produces any demo using very simple equipments but he succeeds however to give an imprint to his works. In the year 2000 produces the his first single for Eclypserecords: A.D.2000 - Time Passage (ecps005). After have worked for any years in the clubs, playing Dn'B music prevalently, having renewed his equipment he devotes itself to the production. Produce an ep for the weblabel Nuke Satori using the Equaxion alias. (Equaxion - MindMod (Nuke020): http://www.nukesatori.org/webproductions.htm). In September 2010 goes out a his production titled Aenema mea for the Belgian label Camouflage. In 2011, produce any remixes for the following productions on Eclypserecords label: Max&co - Energa (Equaxion D&b Mix ) Massimo Salustri - Thaiti (Equaxion Mix ) In November 2011, its new production for Eclypserecords: Magnetar