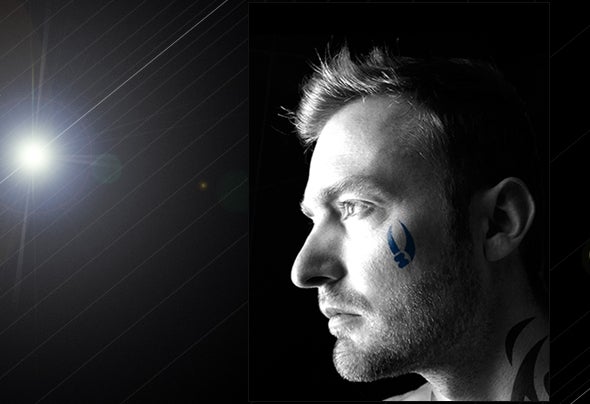 In the early 80’s I didn’t know that electronic music existed at all. I thought to my self “That’s what I’m talking about!”. From that moment on sleep was the last thing on my mind. I needed a computer, but how? I scraped together all the money I could get my hands on, till I had the legendary C64 in my sweating palms. At first I started with a tracking program called Noisetracker. It took some time to reach the limits of this system, so again I started to scrape all my money together. In 1995 I bought an Amiga 500 with a new tracker program (Fasttracker). Worked with it 2 years, then I bought my first PC. *Yikes 1997, the music I developed was reaching new height’s with the aid of 44.1 kHz and 16Bit Sample Rate. then.. I took out a loan to get a Synthesizer and stuff: Yamaha CS1X, Cubase and Co. I worked with this Set-Up till the end of 1998. 1999, bought some more Equipment which resulted in better arrangements and sounds. But this was not enough for me! 2000 - 2001, I took a break from producing because I needed some time to reflect on how my life would progress. But then, in Mid of 2001 I took up the fight by taking a helping hand in the creation of TAKEYDO, the start of a new chapter. At the end of 2001 I bought Apple´s G4 Powermac with new software which opened new worlds for me. New Synthesizer´s and other hardware was duly bought. The Sequencer from this point on was Logic. 2002, the project was growing which resulted in my first vinyl release. An accomplishment that I’m proud of. At the end of 2003 one member of the group packed and left the project. TAKEYDO is a one man project again and the development continues .. .. till today Well, we will see what the future has in store, but one thing is certain, it will be worth it as long as there is good music to listen too ..