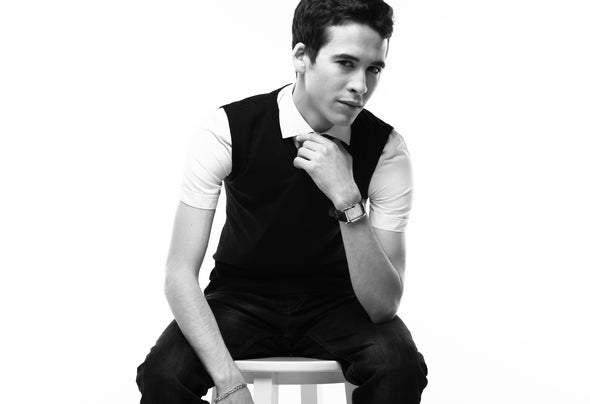 Born in Bordeaux in France, but of Moroccan origin, Touzani Reda is a forward-thinking House Producer and Remixer. He originally came to house music via street dance classes, but soon found he had a real passion for the musical programming side of dance shows, and made the switch into DJing. Under the tutelage of legendary Moroccan DJ Leo Veil, Touzani learnt his craft, and was soon being hailed as one of the best Moroccan DJs of his generation. He soon moved into production, and ince again was taken under the wing of one of Morocco's old school pioneers Ghoofeller (M'hamed Ouzahra) with whom he earned his studio spurs. He manages to switch up styles, from Progressive House to Downtempo to Underground House music, influenced by an eclectic range of idols such as Timbaland, Mark Knight, Shpongle and ATFC. His track "Morocco Sahara", a paean to his home country, was released on Phunk Investigation's label Miniatures Records. "Warning", his collaboration with another local prodi gy, Amine Arrom, saw the light of day on Pukka Up Records, who are also well known for their fierce London and Ibiza parties. With support from the likes of Roger Sanchez, David Vendetta, Jesse Vorn and many more, Touzani's productions have been catching the ears of house music tastemakers across the globe. In 2011, Touzani launched his own record label: Toubkal Records - one of the first Moroccan Labels to gain its place amongst the biggest labels on the international stage. In 2013, his banger remix collaboration with 6reenlight of "We Belong To The Sound" signed on Glamour Punk went to number 1 club parade over in Italy.