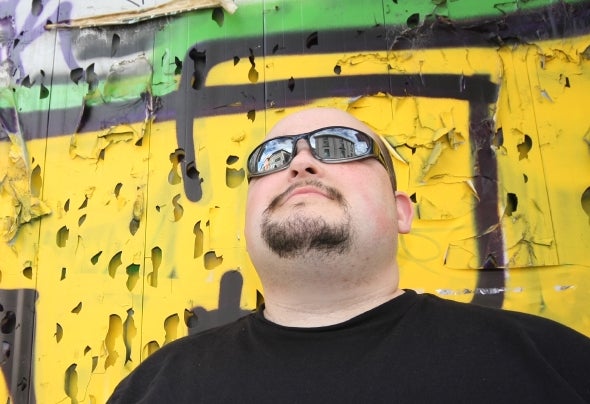 Born in Geneva (Switzerland) in 1980, he began playing piano at 4 years old. Always surrounded by musicians in his family, he spent several years in the Conservatoire Populaire of Geneva. In 1992, he started in the world of electronic music on an Amiga. At the age of 15, he set up his own mobile disco and worked in a DJ store in Geneva, next to his studies. It is there that he learned the job of sound and light installer. In this period, his musical influences are varied. From 1995 to 2005, he became a technician for a sound and light company and participates in installations of big Rave Party in the Geneva area. He also integrates mobile disco of his friends who now is a company offering technical services for the event management. About the composition, in parallel with these activities, he formed his first recording studio with friends in 2000. From 2000 to 2006, he produced and collaborated on many projects: Dr. No in Goa Music, DJ Landscape in Trance Music, Union FMR for projects in House Music and many more... From 2007 to 2010, he stopped producing to concentrate on his career as a sound and light technician which allows him among others to perfect in the live mixing. 2010-2011, he resumed producing with collaborations from diverse horizons, in particular with George Martinos of Twins for oriental electro music. He also created, with Saxybuzz, a group that called Buzzpad for a live project in Electro Jazz music. Currently, he is an independent sound engineer and teaches MAO. In 2011, he met Cédric Llense who introduced him to the label NFM Records and with whom he worked for a track in progressive house music. In 2012, he joined the team NFM Records under the name « Jay-C Richards » with a track in progressive trance music on which he collaborated with George Martinos for the vocal parts.