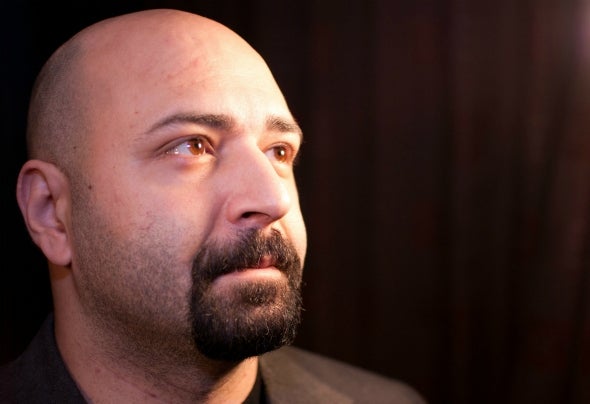 Progressive Thrust is an international electronic music DJ / Producer / Remixer & Label boss based in the UK and most known for his productions, unique live sets and playing the longest nonstop DJ set in history!The Egyptian born UK national started his career back in 1993 when he fell in love with Hous e mus ic. A s imple gift of a 2 channel mixer and 2 turntables were the foundation of great things to come. First gig at a school party then there was no turning back for him!From New York to Russia, Dubai to Spain, Egypt to Scotland his Deep-Tech-Progressive house & Techno sound which can only be described as very deep, often dark and always sexy makes the crowds sweat every time!As well as headlining events all over the place he has graced the stage alongside almost every known name in the electronic dance music world such as Hernan Cattaneo, Marco V, John Digweed, Sasha and Carl Cox just to name a few!Gaining many great residencies over the years, presenting award winning radio shows, performing huge live sets at some of the best venues in the world and having his own unique sound in music production cemented his reputation as one of the best names on the international underground electronic music scene today.Back in 2010 he has played the longest nonstop DJ set in history. The set was for 176 hours in length over 8 days from Saturday 25th of September to Sunday 3rd of October at G Casino, Dundee - Scotland.On the music production side of things he has more than 60 original releases and 20 remixes under his belt in all sub genres of House & Techno. His tracks have gained great support from the likes of Richie Hawtin, Luciano, Paul Oakenfold, Wally Lopez, Paul Van Dyk, DJ Fresh, Kris O Neil, Suzy Solar, Markus Schulz and many more. His name made it to many top 10 and top 100 charts around the world. As well as bieng signed to more than 17 record labels he also Co-Owns and runs Ambizi Records.An independent record label with more than 50 artists on board, a huge fanbase following and massive support from the biggest names in the industry.2013-04-20 11:16:53 mo@progressivethrust.com Progressive ThrustHis rigorous work ethic and uncompromised love for music has afforded him the time to both tour the world and have a prolific production career.