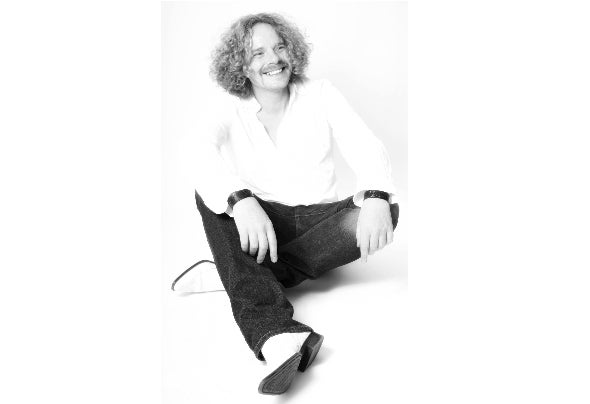 LETAGERE - solo artist without style- borders. Born in Erfurt (Germany), his musical roots lie in the psychedelic'80s with bands like The Cure, Dead Can Dance, The Jesus & Mary Chain. Later, influenced him especially Skamusik, with representatives such as: The Busters and Madness, which have led him in various regional Skabands as bassist cooperate. Impressed by the sound of Massive Attack, Portishead, Jamiroquai, and his greatest role model, Mike Oldfield and Jean Michel Jarre-(and earlier influences), he found his own musical style 08/2003 and founded the project L'étagère. It was followed by several Livegigs and producer / studio activities in Leipzig and Erfurt (Germany). He himself describes his music as Electronic Pop Art. Taking into consideration the listeners the possibility of this in his own compositions and melodies worlds to discover, as they often deliberately missing part poetry - and replace their own way to tell stories. But singing is a part like welcome and is still wanted! His field effect extends so far from a techno-project - Wind Masters Brain, on a pop project - 3Six - to experimental compositions under the project - The Other SIDS-! His participation in various radio and musical trailers deposit of Internet presentations of all kinds, round out the picture on good level, from. Since 2006 he is a member of the label "feinschliff-musique" and appearances in selected "cozy" Art-/Szene clubs in the European region, as well as various regional and national radio contributions that followed. Since December 2009, he is now a member of Synonym Records.