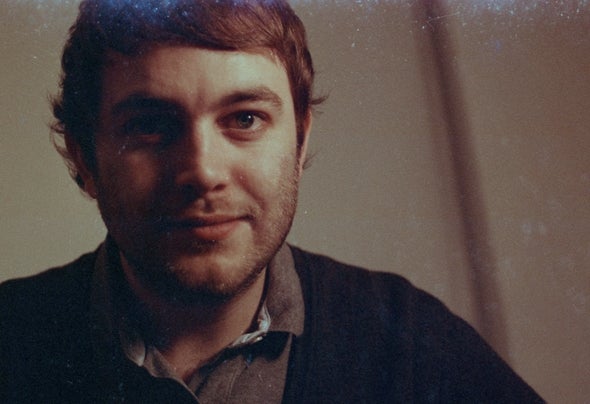 2008 saw Ryder's debut release. 'Rock Out Of Bed' was given high praise by Nic Fanciulli, who charted it, prior to being signed by Womb (Tokyo) resident, Osamu M for his Outerspace Records imprint.Not wanting to waste time, Bigger Deer Recordings was formed. A platform of which Lewis had total creative control.Following t he launch of BDR Lewis ent ered a competition run worldwide by Pioneer & Space Ibiza. After winning the first of four heats, he was invited to play a "heat winner" set at the super club in Ibiza. The party was hosted by Danny Tenaglia, who asked Ryder to play a track in the middle of his main room set. All the while Tenaglia was doing his trade-mark MC'ing, introducing Lewis to the crowd.Going on t o become t he overall winner and gaining a residency at Space Ibiza, he played the club one more time in 2008 for the club closing party.The 2009 Space Ibiza residency kicks off with a pre- opening fiesta at EiBiSi Club in Montornès, Spain. Ryder opened the room followed by Smokin Jo and Danny Howells.At the Space Ibiza Club opening where Lewis is billed to play the main Discoteca room, followed by Chris Liebing, but Chris has issues with making it to the event so Lewis continues an extended set. Followed by Guy Gerber, Sasha & Digweed, Dubfire and Carl Cox. This truly was a point in Lewis' DJ career that will be remembered, and the entire set was broadcast on Ibiza Global Radio.Throughout the 2009 season, Lewis played weekly at BE (Thursdays) and We Love (Sundays). Also playing for Space Ibiza on tour in Barcelona, London and alongside Dubfire at Dubai's Chi @ The Lodge.The end of the season was rounded up with a set at the clubs closing party on the white island and a live mix on Ibiza's Sonica Radio station.In 2010 a short Australian tour see's Ryder on the lineup at Killing Time (Melbourne), Chinese Laundry (Sydney), Brown Alley (Melbourne) and Shape Bar (Perth). Playing alongside Darren Emerson and Fergie, at both, Chinese Laundry and Brown Alley. And an invite to have a live interview and mix on Kiss FM.Towards the end of 2010, Lewis welcomed Fabric (London) club resident, Terry Francis, onboard Bigger Deer and releases an EP of Terry's under his new guise of Klunk+Zilly.Following this, Bigger Deer Recordings host a label part y at t he legendary London venue. The part y goes off with success and assurance of a return invite.Long running tech house label, Wiggle, sign Ryder's 'I Like The Root s EP' and Klunk+Zilly t ake on t he remix duties.2011 is kicked off with a return to Fabric for BDR on the first Saturday of the new year. Lewis invites Alex Tepper to join the lineup.A gig for Lewis at Filtered (Guildford), becomes a repeat booking and a good relationship is formed with the party.Bigger Deer Recordings release their first vinyl 'Kaffee-Monster Schief Gegangen' by Ryder. Which features remixes from Nathan Coles & David Coker and Jamie Stevens. Gaining support from the likes of Brendan Moller, Slam, Gel Abril, Mr G and Butch.A solo booking at Fabric in April 2011 gives Lewis the chance to purely DJ and not be playing host.The 'Nathan Coles & David Coker's Spanish Fly Mix' of 'Kaffee-Monster Schief Gegangen' is picked up by John Digweed, given lot s of play in Miami at t he Wint er Music Conference. and features on his 'Structures Two' mix compilation, recorded live from Avalon (LA) on Bedrock Records.But this wasn't the only BDR track to feature on a mix compilation in 2011. 'Right Result' by Chris MiMo appears on the MTV Ibiza 2011 compilation.To end a great year, BDR's second vinyl output comes in the form of a two track EP from Paul Loraine with remixes from both Ryder and Soma heavy weight, Funk D'Void.In December, Lewis debuts at Mr C's world renowned Superfreq party in Calais, France.