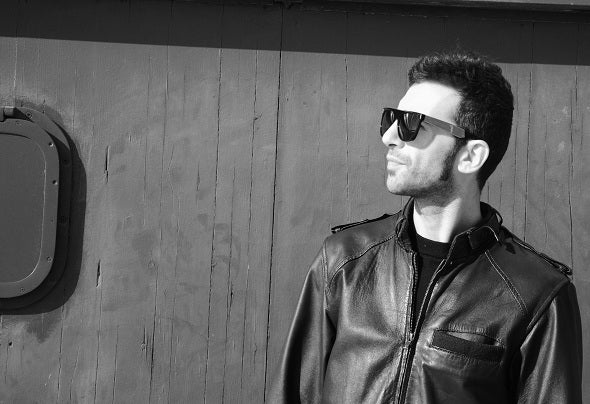 Toky, from Italy, has a fine, rich musical history.From the age of six years old Toky, aka Fabio Petti, was trained in the art of piano and classical guitar, and then on to bass at the age of 14. He managed to receive great accolades with his classical musical career, releasing albums and winning many a competition.This passion for music transpired into the electronic sector later in his lif e, when he decided to launch a dance music attack on the city of Pescara, Italy. This came after a highly successful and influential live session with none other than Karm, of Tale Of Us fame.And so it is now, after 27 years of passion in jazz, funk and rock, that we see the electronic emergence of a new shining star on the scene.Whether under his own moniker, or the pseudonym ‘Superhero’ that he shares with fellow Italian Leon, Toky is sure to rouse interest wherever his name is placed.Having played all over the world already, from Italy to London to Russia to Brazil, Toky has miles of experience under his belt.One of his most apt releases, is a delicious deep house offering named ‘About You’, and really highlights the abilities of Toky, in songwriting, singing and proper track-building. Released on the mighty Noir Music, the track also gave way to remixes by Fur Coat and Hot Since 82. All tracks have gained support from the likes of Lee Foss and Art Department.His ‘Superhero’ conjunction also provided a release for Noir Music, as The Mekanism remixed ‘Its Not For You’, to much critical acclaim.Toky has also had releases on many other labels, including Electronique, who are due to release an exciting three track EP later this year.For now, Toky is splitting his time between the studio, where he continuously pushes his boundaries to provide excellent releases and remixes - to the beach clubs of Italy.