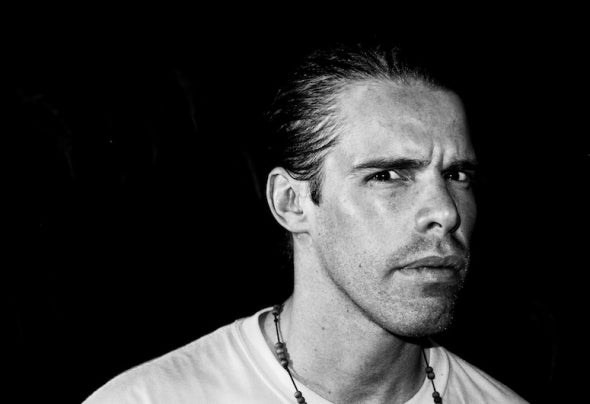 RODRIGO aka. Huracan Williams / Rodrigo Atler is a young argentinian Electronic Musician and Dj. He begins his journey musical practicing at a very early age on a classical piano and electronic keyboard, very influenced in their taste in music by the knowledge of their father, a doctor and a lover of vinyl records, classical music and jazz from the great halls of the 1940s. That being the case, at the age of 16 years, and in his native city of Villa Mercedes, Province of San Luis, discovers her interest in the crecent trend in electronic music; experimenting with an old PC, through old programs of audio edition and leading the rays and meetings of friends his vision of the act sound. At the age of 18, he moves in to the city of Cordoba Capital, where he is involved extensively in the 'underground' electronic circuit of that city and formalizing contact who years later would be his inspiration and the time supporting his premature artistic career. But it is two years later and already filed by issues of academic studies in city of La Rioja, that Rodrigo operates all its artistic ability. There starts developing as a DJ and promoter of dance music and music art events, first by dialling a style close to the minimalism to then be defined toward sounds that are more friendly and climate, very influenced and marked by the school of Detroit, as currently defined: Jazzy Raw House. Their productions travel from the more concepts of minimalism until him reach sonorities percussive, environmental and Jazzy, at the same time of marked crudity, evocative and indigenous, thereby defining the ambiguous style so particular of this artist.This brings him in early 2010 to be called to be part of the German NetLabel settled in Berlin, Clear Cut Records, for whom August 2010 will present a first music job in key Minimal Deep tituled 'Doble Cara Ep' that he harvested very good reviews in the main cities of Europe. He defines their musical influences in names such as: Theo Parrish, the music of Ken Collier, Kenny Dixon Jr., Octave One, Aaron Carl, Jeff Mills, Terrence Dixon, Chez Damier, Anton Zap, Mike Huckaby,, Black Jazz Consortium, Linkwood Family, Robert Hood, Arpanet, Delano Smith, Jamie Jones, Vakula, Nick Holder, Sr. Replicante, Leonel Castillo, UR, Ricardo Villalobos, Jorge Savoretti, Luciano, Dilo, etc., many of whom have sponsored the work edited by Rodrigo thus giving your style, a well-deserved support. During April 2011, Rodrigo presents a second album edited in CCREC, entitled “In Series Ep' more connected with a personality environmental and Intelligent Dub Techno. During this time and next to the local musician Kristian Verón, create 'DelAlma' Net Artist Base, a platform of free promotion for young and emerging musicians from Argentina; project that is being modified to exert greater promotion in 2012. In July of 2011, the International Argentinian Producer and Dj Jorge Savoretti (Airdrop, Esperanza, Illian Tape) called Rodrigo to participate in the first VA compiled from their own Label 'Savor Music', working with which Rodrigo achieved a real impact and an enviable critique from the more established artists in that country. Tireless Persecutor of a primary connection between artist, sound act and listener, Rodrigo is characterized by transmitting such introversion with its own character to any undertaking artistic to be proposed, from live performances, such as the creation of platforms artistic and musical productions. At the end of 2011 is called to form part of the argentine Label: Utem Label for those who will be edited own material in the month of August 2012.Apparel Music was the label that rose to a higher level, through the release of their EP "Summertime Jazzy" in March 2012. It Rationalism Records, the record label who discovers in RODRIGO a very special artist, releasing in the month of June 2012, the limited vinyl entitled "Motor City Vision", a debut which converge RODRIGO his clear ideas about its influence at the Detroit House.