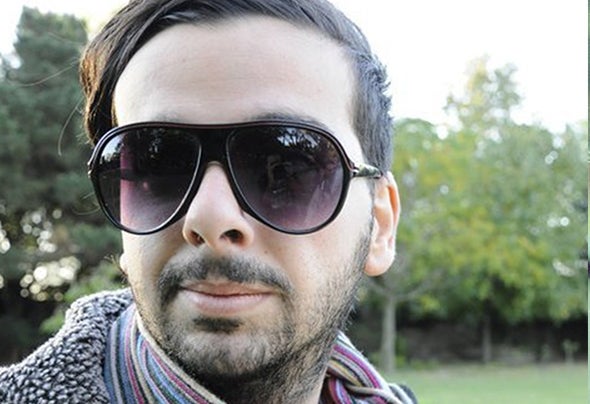 Federico Luchetti is a Italian electronic music producer and DJ. Federico was born in the capital of Italy, Rome, in the year 1988. However, at the age of eighteen he moved to Argentina with his mother. When Federico was around 10 or 11 he started to play piano influenced by his uncle. Though he loved music, he could never see himself as a musician. From a very young age he has been a a big fan of J. Dilla, Depeche Mode, Mozart, Ray Charls, Stevie Wonder. He started to fuse House Detroit & Chicago with Jazzy, Funk, Soul and Electronic Ambient. In 2010, Federico had a straight releases on Blackrose Records (“Smack My Funk”) & Quanticman Records (“Alone” & “3011′′) . at the same time he made the first European Tour in Germany & Italy. In May 2011, the famous dj Alain Ho (Dj Yellow) choose Federico’s track “Love Letter” for the compilation “COMPOSITE Mental Beauty vol.2′′ (Composite Records). In June there’s the beautiful release on FreakyVibes Recordings “Vondelpark” EP. Vondelpark it’s already supported by some famous dj’s and dropped on Composite Radio Show by Dj Yellow. Federico is preparing a live set that will present in Europe for two months (from 20th September to 20th November). Soon releases on: Hourglass Rec., Brown Eyed Boyz Records.