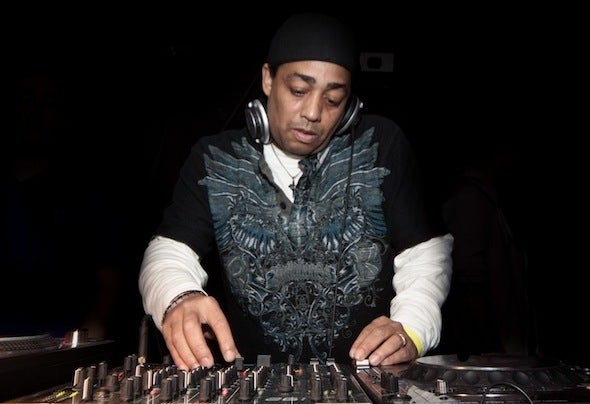 Born in Chicago and raised on Detroit's West side, Delano Smith represents one of the last of a rare group of Detroit’s first house DJs. Perhaps it was the juvenile absorption of the sights and sounds around him during his first 5 years in the Windy City coupled with his experience during the new DJ craze of his high school years in Detroit that influenced Delano the most or maybe it is simply that enigmatic link between music people in Chicago and Detroit, known to insiders as the I94 Connection. Regardless of the reason for his natural ear for the deep and groovy, Delano can lay claim to a legacy that most Detroit jocks cannot. When performing outside of his native city, Delano's unique sets highlight the fact that his skills were forged in an era before the rigid lines of house and techno genres appeared. His attention to programming sets that are kinetic, emotional and educational are met with a delivery of the highest class. Having been one of the original young guns personally mentored by Motown’s 1st DJ, Ken Collier, he displays skills entirely unique to this group. Having cut his teeth in a time when an aspiring DJ had to live off his wits to make the cut, his dynamic skill set has made him the real Detroit head's secret favorite. Smith's extended hiatus later in his DJ years was ended spectacularly when the Detroit Beatdown project again highlighted his talent. Teamed with Mike ‘Agent X' Clark and Norm Talley, the crew began to spread the word of Detroit to fresh audiences, in demand globally and touching down at renowned clubs such as London's Fabric en route. On the production front, Delano stands head and shoulders above the rest in crafting alluring, forward thinking and highly danceable grooves. His productions on Third Ear, Sushitech and Still Music have taken up crate spaces with jocks looking to add the perfect blend of soul and energy to their sets. With his own imprint Mixmode debuting in 2003, it continues to release selectively soulful dance floor gems. Both behind the decks and in the studio, Delano's genre boundary defying vision of working a floor is a direct link to the beginnings of the DJ in Detroit, maintaining his integrity today, his hunger shows little sign of abating.