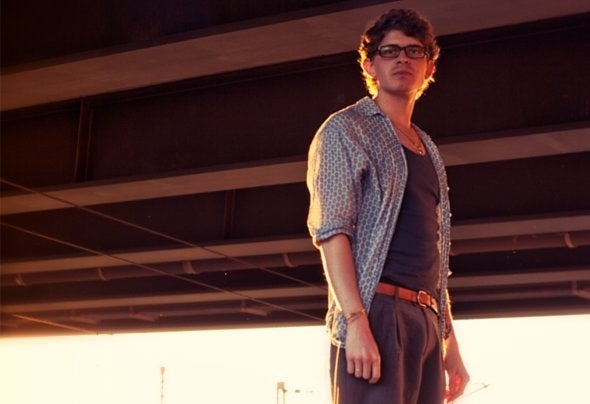 'Kjofol has a sensitive relationship with the things that make up his reality, and applies himself to give it a musical existence. The need to create is deep-seated and permanent. Technique has an essential role in music, and each musician adapts a certain recipe to his personality and means, all the while keeping inspiration close-handed and learning ways to nurture it properly. It is possible to practice millions of different methods and the French producer works on his own formula from Berlin. In 2009 Ryan Davis (Backhome, Klangwelt) invited Kjofol to release his first productions - “Thirteen People” was then selected by Martin Gore to feature on Depeche Mode’s pre-show playlist during their entire “Tour of The Universe” world tour. The ‘Jazzy Garden’ EP came out on Apparel Music and was presented on the radio by Laurent Garnier. Kjofol also obtained support from Ellen Allien, DJ Sneak, Mark Hening, Lopazz, M.A.N.D.Y, Brother’s Vibe... The track ‘Little Garden’ was used in the Oxfam advertisement in 2010. Giuseppe d’Alessandro, founder of Apparel Music, then asked him to make his first CD album ‘Lune’, which will hit the shops in 2012. At the mercy of both pride and despair, Kjofol then sacrificed his peace of mind to put together a live set after he joined the Apparel Booking Agency, who will organise his next live shows. New tracks and remixes will be upcoming in vinyl or digital on Pro-Tez, Vibe Me Record, Apparel Music, Origami Sound... - We carry on, while keeping the faith that warmth of heart makes good things last...'