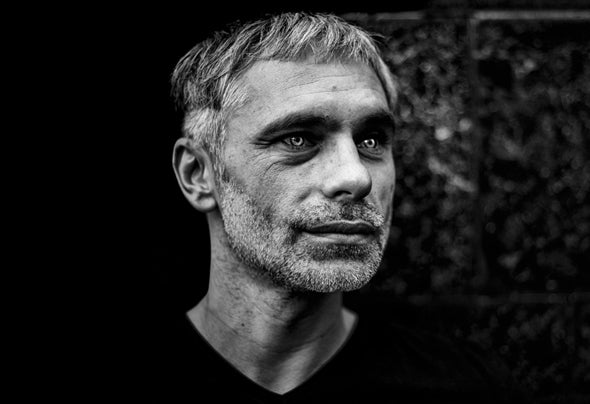 Few figures in Berlin dance music can claim as lasting and multifaceted a presence as longtime Berghain resident Fiedel. A former resident at Berghain forerunner OstGut, the veteran DJ and producer is known by heads for his decades-long influence on left-field techno and bass music in the German capital, particularly as one half of celebrated production duo MMM with Errorsmith, and as co-operator of the legendary Wax Treatment parties together with Mark Ernestus of Hard Wax and Basic Channel fame. Indeed, Fiedel’s broad vision of what works on the dance floor is informed by grooves both in and outside the realm of 4/4 – from, acid, electro and jungle to hip-hop, dub und breaks – all subtly present in hybrid forms on previous releases for Ostgut Ton, as well as his own Fiedelone and Fiedeltwo imprints.Looking at the broad range of Fiedel’s musical history, it’s clear that his identity as a DJ and producer resists the Berlin techno stereotype; a dynamism that attests to deep roots in Berlin electronic music culture that span both scenes and decades.