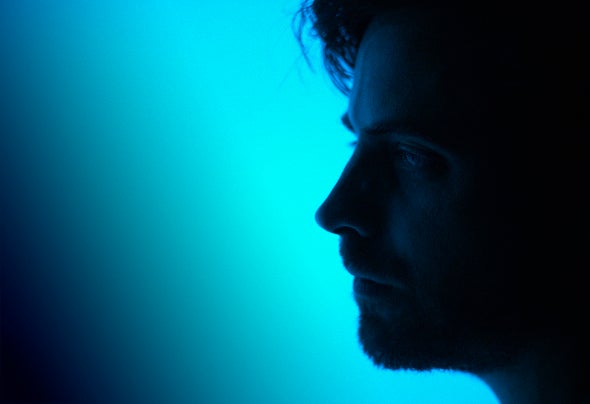 Andrew Halford aka Lake Turner is a London based musician. He’d previously made music in post-punk and indie groups Great Eskimo Hoax and Trophy Wife. Having been introduced to the Kompakt family by his sometime collaborator Yannis Philippakis of Foals. Lake Turner first appeared on "TOTAL 16". This was then followed by remixes for Foals, Weval, contributing to Velvet Desert Music Vol. 2 and also released the "Prime Mover EP" on Algebra / Flash Of The Spirit. His debut full length "Videosphere" is the first time he’s fully articulated his own vision of electronic music. The lush ambient-disco-techno dreams of Videosphere were constructed and completed in his London studio and at his parents’ arable and sheep farm in Worcestershire, which might help explain the hazy, unhurried pastoralism of the album. “The vision I loosely had was to make an electronic record that had a communal warmth and almost ceremonial or ritual feel. I wanted to examine the relationship of our archaic minds in the trappings of the modern world,” The album title is a nod to an object Turner encountered at London’s Geoffrey Museum, “a television set in the shape of a spaceman’s helmet from the 1970s.” Turner concludes. “What the Videosphere also symbolizes for me is the oneness of humanity and community, prevailing.”