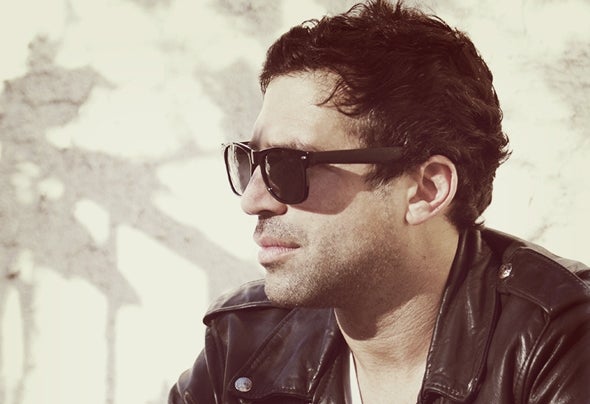 Alexandre Mouracade's roots in the Los Angeles music scene span the better part of two decades not only as a musician and DJ, but also as the founder of the globally hyped party, "Making Shapes" and more recently as a charting producer under the moniker, Sonns and Split Secs with Travis Kirschbaum. Mouracade's roots reach as far back as the Southern California punk scene that gave rise to an equally as rich underground club world in the 90s. He studied jazz improvisation and music theory in college, at which time he bought his first samplers and sequencers. In the process, Alexandre got a severe addiction to buying records and finding old synths to record and learn from. Mouracade's music and DJ sets reflect his passion for digging deep and not sticking to a specific genre - but by finding those tracks that have a timelessness to fit any moment on the dance floor. Since 2012, Split Secs landed on various charts and track listings when the duo’s first EP “I’m Not Losin’” (Jolly Jams) earned heavy rotation worldwide. The warm and relatable analog feel carried over to Mouracade's solo effort, SONNS with his debut track, 'On My Mind' moving feet across the globe. In addition to owning and operating the Machine Limited label with Kirschbaum, Mouracade is not only staking claim for himself as one to watch but giving Los Angeles the attention it deserves as a bastion for dance music. Currently SONNS is releasing music on Kompakt Records, Hottrax, ESP Institute and his own Machine Limited.