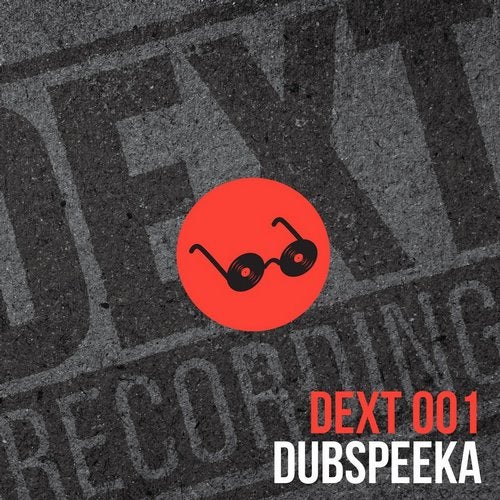 DEXT Recordings is a brand new label kicking off with an EP from Dubspeeka complete with remixes from Apple Pips boss Appleblim and Aus artist Komon and it's a bit of a Bristol affair.

Dubspeeka, the elusive Bristol based producer who has released on Oliver Huntemann's Ideal Audio, Waveform and has remixed for Evolution, is sure to become big news in 2014, especially once the world gets to hear this new EP.

Opening track 'Leaving Home' is a dark and broody affair with thick basslines, eerie pitch shifted voices lurking in shadows and plenty of spangled synths wrapping around it from start to finish. 'Special Occasion' is then a fulsome, swaggering house track. The drums are bulky, the percussion is crisp and the chords rattle with plenty of menace. Next up, 'Creature Funk' again fuses elements of house and bass into a skipping track that sways to and fro as siren like tones survey the bleak horizon. It's arresting, strangely funky stuff that sound like little else.

Komon & Appleblim have teamed up many times before now, for both remixes and originals, and here the pair refix 'Creature Funk' into a nimble, supple bit of grainy but bulky techno that skips and scrapes with a real late night and underground swagger. Komon then remixes 'Leaving Home' on his own and turns it into a reflective and pensive bit of house with nicely shaped synths off in the distance as infectious percussive slices churn out a pattern in the foreground.

Dubspeeka's production is fresh and filled with plenty of personality and all of the tracks here are likely to become seriously highly rated weapons for DJs in the know in the coming months.