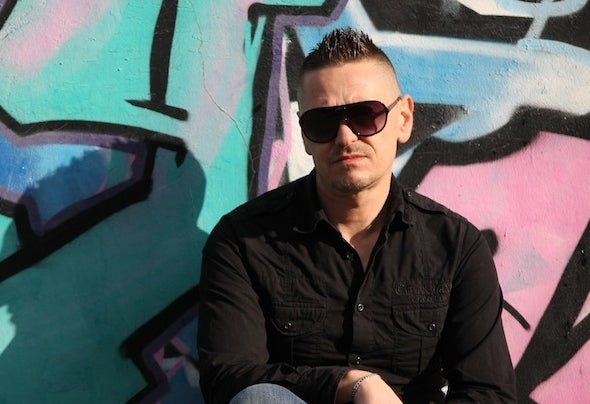 PdLR began his musical career in 1998 under the name Parker.In 2008 he changed his name to Parker de La Rocca, short PdLR.His sound is influenced by the time of mega-raves at the Hanomag Hannover & the young Goa scene in northern Germany. His understanding of sound, rhythm & track construction is due to his past as a singer and guitarist in a hardcore band a very unique and characterizes his style too much.From the beginning, he created a driving, demanding Progressive / Minimal Techno with whom he cheered the audience.The characteristics of the medium vinyl in selection & presentation he transmits to his digital DJ-equipment since 2012. Cue point's, Set's & lists are foreign words for him and Parker would only slow down on his show. The targeted treatment with samplers, digital effects and filters connects changed and he increases his and the track's from renowned DJs to its unique and distinctive set and rocking it in a very particular kind.How it all startedParker always saw himself as a musician and made this claim in 1988, he sat down with electronic music apart. From 1992 he visited the birthplace of electronic music and the germ cells of the Goa scene in Northern Germany. Weltspiele, Hanomag, Cyber House, BPM Club, Rose Club, T OR 1, 2.3, Trance, Labor, Men's Factory & Z ytanien, Hütschental, Taternplatz, Kellerklub, FullMoon Club , Nuclear Bunker Ihmezentrum & Kornstraße were his schools. Parker finally brought these musical roots in 1998 to devote themselves completely to make this music henceforth as a Dj & Producer talked about.He had his first booking in Hütschental, an illegal in & outdoor location in the Harz Nature Reserve, where Planet Ben & Tapesh already played memorably set the early 90's. From then on, Parker was an integral part of young Goa scene every weekend and put on the most were promoting only with parties on word of mouth.One year later, he became resident DJ in 1999 in the trendy and illegal underground club "Südbahnhof" in Hannover. Even stars like "Analog Pussy" from Israel were among those the jack in the hand and strengthened at Parker a high international standard of its performance of sound. move to Hamburg in 2001 was no alternative, because finally there was also the scene of some of their strongest roots. Parker put in clubs in Hamburg's. There he developed and strengthened his distinctive sound on.Eventually he developed his sound to a mix of techno and progressive, and this did not have much in common with the Goa sound. His sound is most likely attributable to the techno, although he has repeatedly invented his personal sound atmosphere so new that it can be recognized by itss ound.To communicate this change to the outside world, he changed his name to Parker de La Rocca, short PdLR. 2010 PdLR made his former hobby into a business and put it all on his own productions & Sets reaching the high international standard of Use.2012 PdLR has not only charted in the Beatport Techno Top100 mixes, but also in the Beatport Techno Top100 Djs, too.PdLR now saw the time has come to go with his productions to the public, after massive response will now appear on various labels independent musical interpretations of it in the usual bandwidth.His current projects promise an exciting future ...In the years 2000-2006 Parker worked for the leading companies in Europe in terms of sound & light, making it a