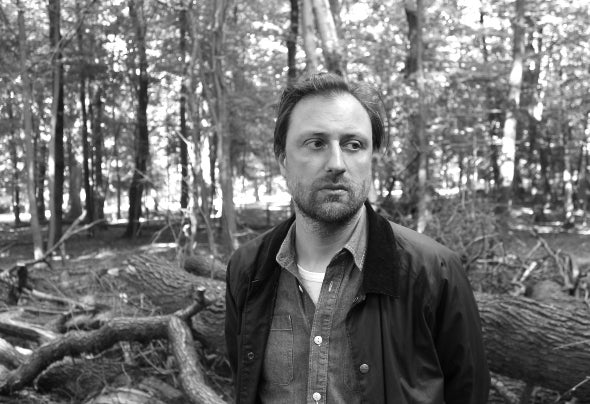 Borrowing his name from a character from William Burroughs’ famed novel Naked Lunch, Mugwump is an elusive presence, a reputation preceded by in- famous DJ residencies at Belgian clubs and a long-standing recording relation with Cologne’s Kompakt records, ongoing DJ support from Andrew Weatherall as well as a large catalogue of electronic ‘disco-techno’ records, released on leading labels R&S, Gigolo, Cocoon, Endless Flight, Eskimo, Permanent Vacation or International Feel. He runs the Leftorium clubnight in Brussels (www.leftorium.be) and his own Subfield label with indie power-house !K7/ As an artist, he continues to break the mould of his genre-defying output, straddling the divide between indie and electronic. Latest releases saw him working with a band and singing on records. New album 'Drape' fuses the electronic with an occasionally heavy rock feel and outstanding lyrics, all topped off with a French-Belgian-tinged vocal and lyrical topicality. Music-wise it spans a breadth of influences from the Interzone between Post-Punk, Indie Pop, Psych & Noise while Geoffroy Mugwump lays down conscious, parlando-style, lyrics over nine songs ‘’soundtracking our torments in the Age of Laissez-Faire and Aestheticisation’’.