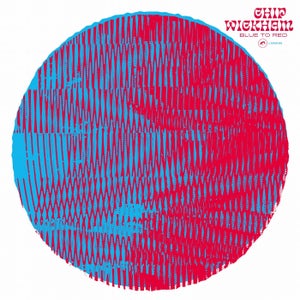 Channeling the spirit of Alice Coltrane and Yusef Lateef via the lens of a hip-hop, electronic and club music educated ear, Blue to Red encompasses Wickham's disparate set of production influences with his Manchester and spiritual jazz education.

The album, not only seeks to forewarn Earth's possible Mars-like future but seeks to tap into the interplanetary, cosmic nature of music. "It's a culture crisis rather than a climate crisis, one that can only be solved if we go right to the core of how we live as human beings".

Born and raised in Brighton, UK, Wickham moved to Manchester to attend college. He soon moved into music going on to perform and record with a formidable and diverse list of artists from his Manchester base including Nightmares on Wax and Andy Votel as well as regular funk excursions with The New Mastersounds. However it was upon his meeting of Mancunian trumpeter/bandleader of Gondwana Orchestra, Matthew Halsall, and other influential players connected to the Manchester's spiritual jazz circuit such as Nat Birchall that Wickham's musical course was re-routed for good.

Leaving the UK for Madrid in 2007, Wickham set out on his Iberian-facing debut a decade later with La Sombra (2017), before moving again from Madrid to Doha (Qatar), where Wickham released his follow up Shamal Wind (2018), a lively and international melding of modal jazz, Arabic sounds and other disparate sonic territories, that blends Wickham's penchant for ethereal, beatless composition and Dingwalls-esque, jazz dance numbers.

Having recorded, produced and mixed everything himself, Wickham's meticulous approach to production and unswerving ambition for Blue to Red, led him to a phenomenal group of musicians across the UK's thriving jazz scene, including Sons of Kemet and Mulatu Astatke drummer, Jon Scott, Fingathing head honcho, Simon 'Sneaky' Houghton (double bass/cello) and Nightmares On Wax affiliate Dan 'JD 73' Goldman (keys). Making up the lineup is Gondwana Orchestra alumni Amanda Whiting, whose celestial and mystical harp playing is a particularly prominent and enchanting feature of the record.

With his group (that will feature British jazz pillar, Greg Foat on keys), Wickham will be embarking on a tour across the UK and Europe this April with headline dates at London's Ronnie Scott's and Paris's La Petite Halle. Alongside playing with Dwight Tribble, Allysha Joy (30/70), The Sorcerers, Scrimshire and Joe Tatton (The New Mastersounds), Chip's previous and recent live endeavours saw him perform at the mainstage of Love Supreme last year and he continues to tour the world with Halsall and The Gondwana Orchestra.

Whilst we pray Wickham's prediction that the planet's decline from Blue to Red is proven incorrect, it's hard to imagine a time in the future where pieces of music do not represent markers of our own personal growth or catalysts for structural, societal change. The vanguard of spiritual jazz past and present are no stranger to this, and on Blue to Red, Wickham not only salutes but earnestly contributes to this legacy.