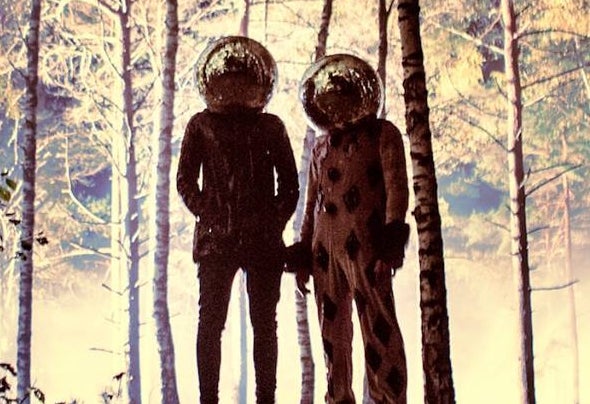 Saulty and Bradka, the two behind Vilnius based Downtown Party Network tag team, combine together more than 15 years of DJ and production experience.Their original and remix production have been signed by Get Physical Music, Eskimo, Noir, Needwant, Compost, Future Classic, Silence Music, Best Kept Secret to name a few.After having teased the audiences all over the world with their track Space Me Out the whole summer of 2013, Downtown Party Network finally had it released by Silence Music in October. The original version was accompanied with brilliant remixes by Mario Basanov, Hannes Fischer and Musk, each embracing the vocals of the talented Lithuanian singer Egle Sirvydyte in its own unique way. The track had been strongly supported by many important DJs and was received so well by music lovers the vinyl was sold out immediately and repressing was ordered right away.A beautiful touch to the Space Me Out story was Downtown Party Network’s first official music video, a disco ball melodrama shot in spooky Lithuanian nature. Thousands of views on YouTube accumulated since the initial upload in the end of October.Downtown Party Network have established themselves in the remix world as well, and have presented their swell versions of Kolombo, Sander Kleinenberg featuring Jamie Cullum, Mario & Vidis etc.Their music is favorited by Groove Armada, Tensanke, Dixon,Ame,Aeroplane, The Revenge, Jamie Jones, Kolombo, Sasha and many others.Their gig geography ranges from London to Berlin and from Moscow to Dubai and if you’ve seen them play, there’s no doubt the know how to move a dancefloor anywhere in the world.