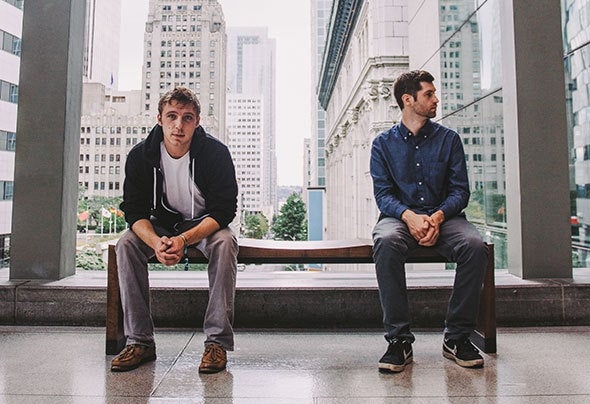 In 2012, Seattle production duo ODESZ A began as a recording project between Harrison Mills (aka Catacombkid) and Clayton Knight (BeachesBeaches) after graduating from Western Washington University. Their first release, Summer’s Gone, was a mixture of dreamy, sun trickled melodies, glitched out vocals, crunchy drums and large sweeping bass lines. Two tracks from Summer’s Gone, “How Did I Get Here” and “iPlayYouListen,” reached #1 on the Hype Machine Popular chart, cementing the duo as a force in the underground electronic community.2013 saw the release of the My Friends Never Die EP with three of the five tracks hitting #1 on Hype Machine. Relentless touring followed, including dates with Pretty Lights, Emancipator, Michal Menert, and performances at Sasquatch Music Festival, Lightning In A Bottle, What The Festival, Summer Meltdown, Capitol Hill Block Party, MusicfestNW, Decibel Festival and Symbiosis Gathering. The duo was playing to larger and larger crowds when Pretty Lights tapped ODESZ A to remix “One Day T hey’ll Know,” which also hit #1 on Hype Machine and #8 on the iTunes Electronic Chart. Also in 2013, ODESZA selected their favorite producers for a follow up remix EP, My Friends Never Die Remixes, and launched the ambitious, ongoing mixtape series NO.SLEEP. To date, ODESZA has over 4.7 million streams on SoundCloud, a number that is sure to grow after the duo tours this Winter and Spring along with numerous Summer festivals.