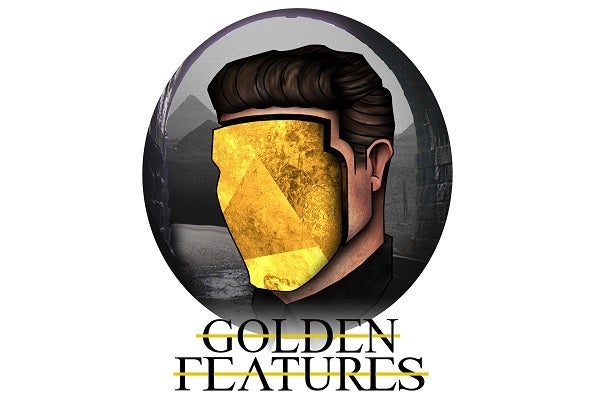 Since the genres inception, producing under a mysterious moniker has yielded some of the greatest intrigue in dance music. It elevates the curiosity of fans to explore whether they know this act already, is it a fresh new producer, or who is behind the mask? All three of these questions were no more captivating than with ‘overnight sensation’ (AdamNotEve) and ‘next big thing in Australian dance music’ (Pulse) Golden Features whose name made its entrance to the flourishing scene in breakneck speed. With a ‘killer’ (Pilerats) EP like nothing people had heard before and an electric word of mouth, this masked producer knocked many for six – but the hype that followed few could foresee. It was only at the tale end of February 2014 that Golden Features arrived into the thriving music world of Australia when Triple J host Lewi Mckirdy dropped the four-track EP on his Friday lunchtime show. Swiftly after the first play, fans anticipation for the Australian artist went in to a frenzied excitement for an EP that was brimming with originality and teeming with brooding touches to create this now inimitable wall of sound. 50 thousand plays in 2 weeks quickly turned in to 300 thousand in just 3 months on his Soundcloud, a figure that still rises rapidly today. This huge amount of plays and sprawling buzz opened up interest amongst tastemakers, top media, and even EDM stars like Porter Robinson who shared the same feelings of all others that listened, announcing ‘that shit was awesome’ of the self titled EP. What started out as a few minutes slot on Triple J was quickening no end for Golden Features, and what it seemed like a blink of an eye the name was being featured in InTheMix as one of their Top 25 producers, MTV Australia as a top artist to watch and even an exclusive piece in the national Times newspaper in South Africa. Hysteria was now filtering in to other territories, as Golden Features was sustaining interest that the anonymity brought - riding on his incredible music alone. Reaching boiling point and media attention ever growing in to other parts of the World, Golden Features made the huge decision to reveal the secret identity. Wanting the music to take in all the focus and not the curiosity, Golden Features announced he was long time producer and Sydney native Tom Stell who would soon be hitting the road with world beating What So Not, exclusively to THUMP.